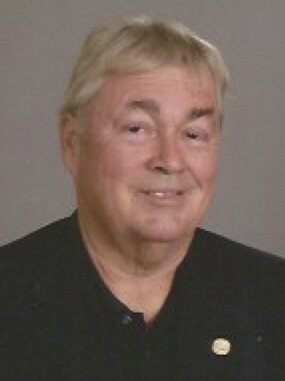 Obituary of Leo B. Golembiewski

Leo B. Golembiewski (Coach G) passed away peacefully at home January 8, 2023 at the age of 73 with his loving wife Paula by his side. Coach G was born in Berwyn, IL on September 10, 1949 and grew up in Lyons, IL. He attended Benet Academy and St. Procopius College (now Benedictine University) graduating in 1971 with a B.A. in History while lettering four years in ice hockey, two year in tennis and one year in baseball.

Leo became a substitute teacher and the head hockey coach at Lyons Township HS in LaGrange, IL before moving to Tucson with Paula in 1979 to become the founder and head coach of the University of Arizona Icecat Men's Hockey Club. From 1979-2011 Coach G compiled an overall record of 634-217-23 appearing in ten elite eights, eight  final fours and winning the National Championship in 1985.

Leo received his Master's degree in Education from the University of Arizona in 1981 and taught American Government at Salpointe Catholic High School from 1979-1985. A devoted Chicago White Sox fan, he coached Babe Ruth baseball in IL, coached and mentored youth baseball leagues in Tucson including Salpointe Catholic and Sabino High Schools and was a recommending scout for the Cincinnati Reds. Coach always said "baseball is my passion, hockey is my job".

Some of Coach G's other accomplishments include: attending Pro Training camp (1971) and Rookie camp (1972) with the St. Louis Blues; Commissioner of the Pacific Intercollegiate Hockey Assn (1985-1989), co-founder of the National Collegiate Club Hockey and American Collegiate Hockey Associations serving as Vice President Division I (1991-1993) and President (1995-1997), induction into the Pima County Sports Hall of Fame in 1996 and charter member of the Benedictine University Athletic Hall of Fame in 1997; nominated to the USA Hockey Hall of Fame in 2008. Leo co-authored the book Ice Hockey in the Desert… What Was I Thinking, sponsored an annual charity golf tournament for Muscular Dystrophy, worked with Pima County Sheriff's D.A.R.E. program and was an oblate of St. Benedict.

Survived by his wife of 45 yrs. Paula, his mother Irene, brother Chester (Carol) of Tucson, brother-in-law, Dan (Nancy) Parz of Michigan, sister-in-law, Carol (John) Bagal of Illinois, many nieces and nephews and his cats. He was preceded in death by his father, Chester Sr., father-in-law, Arthur Parz Sr., mother-in-law, Stella Parz and brother-in-law Arthur Parz Jr.

Services will be held at Bring's Funeral Home Thursday, January 12 4 to 8 pm with a funeral mass Friday, January 13 at 10 am at Corpus Christ Catholic Church. A private family interment will follow at Holy Trinity Monastery in St. David, AZ. In lieu of flowers, donations may be made to St. Procopius Abbey, 5601 College Road, Lisle, IL 60532 or Augie’s Quest to Cure ALS P.O. Box 9886 Denver, CO 80209.

To send flowers to the family or plant a tree in memory of Leo Golembiewski, please visit Tribute Store
Thursday
12
January

Share Your Memory of
Leo
Upload Your Memory View All Memories
Be the first to upload a memory!
Share A Memory
Send Flowers