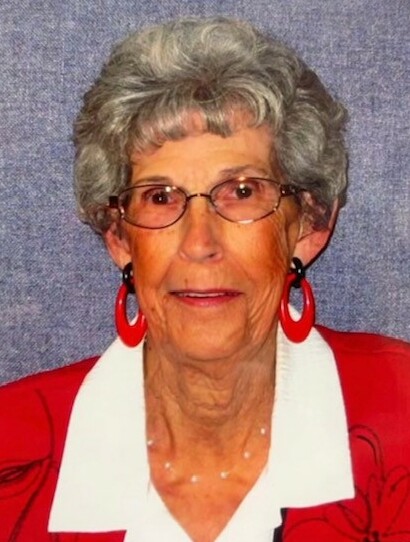 Shirley Dail was born on October 9, 1933 to Rueben and Hattie Bauman in Parkers Prairie, Minnesota. She was raised in Waterloo, Iowa, where she grew up with her 9 brothers and sisters. Shirley was a beloved great-grandmother, grandmother, mother and wife in her 88 years of life. She passed away peacefully in her home surrounded by loved one on August 23, 2022.

Shirley joined the Navy shortly after graduating high school in 1951 and served in the Navy for 4 years. She was honorably discharged in 1955. She began working in construction in 1963 as one of the few women in the industry. In 1966, she started the Tucson Chapter for the National Association of Women in Construction and, subsequently, created the Shirley Dail Endowment Fund at the U of A. She started “Shirley’s Plan Service” in 1982, becoming known as the “Leading Lady in the Tucson Construction Industry” and a “Mother that keeps the contractors in line”.

Shirley will be remembered for her love of shopping, black coffee, travelling (not by way of air, of course), decorating for the holidays, and all things Christmas. She was a loved community figure and a trailblazing role model, paving the way for women in a male-dominated industry.

Shirley is survived by her loving husband of 57 years, Harrison “Bud” Dail; her 2 sons, Kevin (Kathy) and Fred (Christine); and her daughter, Robin (Don). She is predeceased by her son Anthony (Diane). She will be remembered lovingly by her grandchildren; Ashley, Christopher (Monica), Samantha (Ryan), Austin (Angie), and Sarah (Dylan), and her great-grandchildren (Karyssa, Cole, Ryder, Oliver, Nixon, Alexia, Sophia, and Casey). She is predeceased by her 8 brothers and sisters and survived by her “baby” sister Jean. She will be missed by many, but her memory will live on in the legacy she forged.

In lieu of flowers, donations may be made to the Shirley Dail Endowment Fund or Aviva Children’s Services (https://www.avivatucson.org/donate/).

Share Your Memory of
Shirley
Upload Your Memory View All Memories
Be the first to upload a memory!
Share A Memory