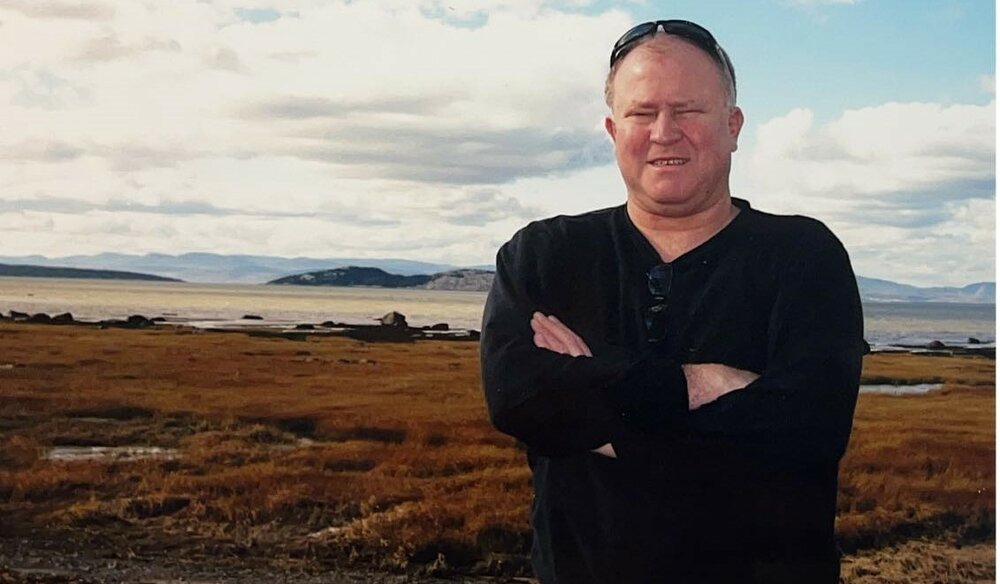 Lorne (Tony) Anthony Reznowski passed away Friday, August 19th 2022, in Tucson, Arizona, of complications from diabetes at the age of 61 years.

Tony was born May 12, 1961 in Ottawa, Canada, the eldest child of Reverend Deacon Dr. Lorne Anthony Reznowski and Dorothy Joan Reznowski (née Heslop). Raised in Winnipeg in the Ukrainian Catholic Community, Tony graduated from Fort Richmond Collegiate and attended Holy Family Ukrainian Catholic Church. In his youth, he spent his summers creating memories at a family cottage in Winnipeg Beach, and travelling to visit his American cousins in New York State.

A love of travelling and culture was instilled by his parents, and Tony was fluent in several languages. Tony travelled with his family on a sabbatical year to Nerja, Spain, where they Eurailed across Europe, exposing Tony and his siblings to many unforgettable experiences. Tony completed Ukrainian coursework at the Harvard Ukrainian Research Institute; French courses at the Université de Montréal, and Collège des Jésuites, (Québec City); Russian Language coursework at the USDA Graduate School, Washington, DC; and courses in Spanish at Colegio San Fernando, Nerja, Malaga, Spain.

As a high school student, Tony ran in the 1979 Canadian Federal Election for the Winnipeg-Fort Garry constituency as a candidate for the Social Credit Party of Canada, winning the party’s nomination at the age of seventeen and turning eighteen just ten days before the election. The Winnipeg Free Press declared Tony to be “the youngest federal candidate in Canadian history” in a front-page lead story.  When his opponent, career politician and future deputy Prime Minister of Canada, Lloyd Axworthy, attended a debate in front of the Fort Richmond student body, he was shocked to see many students running around the gymnasium waving “Tony Reznowski for MP” signs. Responding to the crowd’s enthusiasm for his opponent, Axworthy declared, “I must be at a Tony Reznowski Pep Rally, not a debate.” Unfortunately, Tony did not win the election; but, he engaged the entire school in a practical lesson in Canadian politics. Close friends of Tony joked that with “only” eighteen thousand votes more, Reznowski would have definitely “scared the heck” out of Axworthy.

Tony was a member of St. Paul’s College at the University of Manitoba, where his father also taught English Literature. In 1981, he re-established Obnova, the Ukrainian Catholic Students Club, and together with fellow-student and childhood friend, Kevin Bridges, collaborated with the Newman Club to merge the activities of both organizations. As the 1984 Papal Visit to Winnipeg approached, Tony and Kevin formed a Knights of Columbus (KofC) College Council at St. Paul’s College.  After several months of recruiting, the team had over 50 new members to form the 1st KofC College Council in Canada. With Kevin as KofC Grand Knight and Tony as Deputy Grand Knight, the duo received invitations to Sts.Vladimir and Olga Cathedral for the Papal Visit.  A video posted to YouTube documents the visit and shows Tony enthusiastically greeting Saint John Paull II.

From 1988 to 1992 Tony lived in the Washington, D.C. area working for various institutions and organizations, including the U.S. House of Representatives as a Foreign Affairs/Defense Legislative Assistant. Following the collapse of the Soviet Union and the declaration of an independent Ukraine, Tony lived in L’viv, Ukraine from 1992-1994, lecturing on International Relations at both the L’viv Trade and Economics Institute and the Ivan Franko University of L’viv. Tony married Olenka Kravets in 1993 and together they founded and managed the Kravets-Reznowski Translation Studio, providing Ukrainian, Russian, English services for private and government clients. During his time in Ukraine, Tony saw first-hand the consequential effects of the damage that had been done to the Ukrainian nation as a result of decades of Communism.

As a dual citizen, Tony was passionate about both Canadian and US politics, always willing to engage in healthy debate and discussion with friends, family, cab drivers, and truly anyone who shared his passion. He was always ready to listen and comprehend other perspectives, political differences aside.

After an unfortunate spinal injury, exacerbated by a lack of adequate medical care in Canada, Tony permanently moved to Tucson, Arizona where he remained active in both Canadian and US politics. Throughout his lengthy illness, the Ukrainian Catholic Community of Saint Michael’s Church in Tucson became a source of comfort and hope to him. Toward the end of his life, Tony became non-ambulatory and due to systemic shortcomings, his caregivers often included his sister, Tanya, and her husband, Jeff Schrantz, and his brother, Ted Reznowski, who all cared for him dearly. Tony was a staunch defender and advocate for life, from conception until natural death, and his tenacious will to live surmounted his many illnesses. As one friend said, “only his love of life and incredibly strong will enabled him to endure.”

Tony will be fondly remembered by many childhood friends, including Dwane UnRuh, Fred Held, Tom Stokes, Rob Parker, Andrew Osborne, Kevin Bridges, and many more, who shared their experiences and adventures with him. As his long-time friend Andrew Osborne said: “If Tony was your friend, he was ferociously and loyally your friend forever.”

Tony is predeceased by his mother Dorothy (2002), and father Lorne (2011).  He is survived by his wife Olenka; 4 siblings, including Tanya, Ted, Daniella, and Gabriella; and uncles, aunts, cousins, nieces, and nephews throughout the United States and Canada. Tony loved the Ukrainian Catholic Church and it was his hope that Divine Liturgy and prayers be said for him.

Share Your Memory of
Lorne
Upload Your Memory View All Memories
Be the first to upload a memory!
Share A Memory