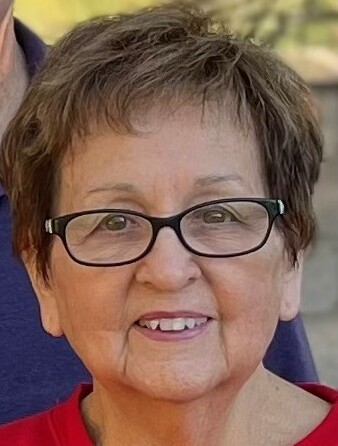 Jerri Ann Lackner passed away on July 8, 2022. Born in Albuquerque on February 6, 1942, Jerri moved to Tucson with her family as a young child, and she spent the next several decades putting down roots in the area.

Jerri graduated from Sunnyside High School in 1959 and married her high school sweetheart, William Lackner, in 1960. The couple welcomed a son, Randy, in 1967, shortly followed by a daughter, Lynn, in 1970.

In 1983 Jerri rejoined the work force and initially had several different jobs in the catering/baking industry. She always fancied herself a great cook and this allowed her to hone her talents in that area. She went on to become a senior level manager in the health care field and worked for the next 25 years in that profession. Jerri especially loved mentoring young women in the field and paid special attention to playing to the strengths of those she supervised.

Jerri was dedicated to her family and had a talent for bringing people together. Over the years, her home was always a favorite gathering place for relatives and friends, particularly around the holidays, where guests were welcomed with homemade cookies and her famous sangria. Her family gathered at her house every Sunday for lunch and laughter.

Jerri enjoyed many summer trips to San Diego with her family, where she could often be found on the beach with a good book. She particularly enjoyed making memories with her three granddaughters.

Jerri treasured her role as a grandmother and never missed an opportunity to support her grandchildren. Be it a band concert or a swim meet, a volleyball game or a play, Jerri would certainly be in the front row, cheering with all her might.

She is preceded in death by her husband Bill, her father, Millard, and her daughter-in-law, Kristen.

Share Your Memory of
Jerri
Upload Your Memory View All Memories
Be the first to upload a memory!
Share A Memory