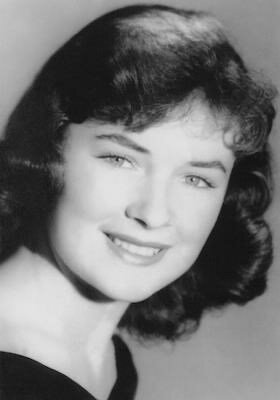 Patricia Norine Bell 80, peacefully entered into eternal life on Monday, June 20, 2022 after a brief illness. Patricia was the eldest daughter of John Phillips and Audrey Yale. She was born on June 3, 1942 in Lewiston, Maine, and moved to California at an early age.    She attended Camarillo High School where she met the love of her life, James Bell whom she married in 1963. In April of 1967, Pat followed her husband  on the adventure of a lifetime moving to Los Mochis, Sinaloa, Mexico where Mr. Bell was to manage his family's farming interests. It became their home for the next 23 years.    Despite not knowing a word of Spanish, she was able to learn the language and to be an active member within the community. She taught English for bilingual secretaries at Colegio Sor Juana Ines de la Cruz, joined the Christian Wings as a translator for American physicians visiting Mexico, volunteered at the Casa Hogar orphanage and was a founding member of the Los Mochis English Tuesday Club.    Throughout their years in Mexico Pat always made sure her family maintained their American traditions. She loved to cook, and Thanksgiving was the perfect occasion to display her abilities. Christmas decorated cookies were always the norm and Halloween was one of her contributions to the festivities of Los Mochis.    Due to Mr. Bell's failing health, the family returned to the United States in early 1990, and settled in Nogales, Arizona. Pat secured a job with Mi Casa R.V. Park where she was employed for 15 years until her retirement.     Pat's life was in simple terms the perfect definition of what true love is. She was the glue that kept her family together and was always there to help and provide encouragement in any way she could regardless of the situation. She will be greatly missed by all those lives she touched. Her parents, husband and a brother, Michael John precede Pat in death. She is survived by her sons, Christopher (Sonia), Steve (Gabriela) and Timothy (Miriam); daughters Susana (Mrs. Josue Sanchez), and Laurie (Mrs. Edward Galvez); grandchildren, Christopher, Jonathan, James, Steve, Mark, Brian, Andrea, Josue, Susana and Emma; Funeral services are pending and will be announced when available, Bring's is assisting.

To send flowers to the family or plant a tree in memory of Patricia Bell, please visit Tribute Store

Share Your Memory of
Patricia
Upload Your Memory View All Memories
Be the first to upload a memory!
Share A Memory
Send Flowers