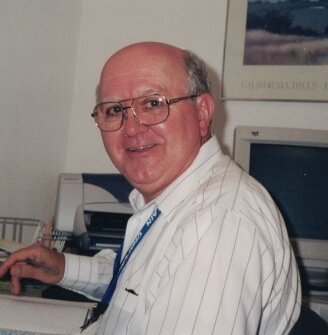 On Saturday, May 28, 2022, Charles Embury, loving husband of Bernadine, and father of Sean, Shellie, Christina, Kim and L.J., plus numerous grandchildren and great grandchildren, passed away at the age of 75.  Charles, or more affectionately, “Chuck,” as he was called by all who knew him, was born in Michigan and spent much of his life there before he moved to the west coast as a key employee of Home Depot, assisting in the set-up of new stores.  As a devoted employee of the company, he spent many years in their service and truly loved his job.  Charles retired from Home Depot in 2001 to pursue a vocation to the diaconate in the Catholic Church.

Besides serving God and the Church, Charles was an avid reader and spent hours pouring over newspapers and other forms of media.  He knew something about almost every subject and pursued information and trivia with great zeal.  His preaching became opportunities to teach the congregation on the lives of the saints and on other religious historical events, which he acquired from all his reading and study.

Charles was also known for his quick wit, his occasional dry humor, and an infectious laugh. He was known by all as a kind, gentle and compassionate spirit.  Charles had a generous nature, giving of himself and doing for others as much as he was able, working several years as a volunteer for the St. Vincent de Paul Pantry.  One friend and fellow deacon, Gil Salinas, describes him as “a brother to all.”

To send flowers to the family or plant a tree in memory of Charles Embury, please visit Tribute Store
Friday
10
June

Share Your Memory of
Charles
Upload Your Memory View All Memories
Be the first to upload a memory!
Share A Memory
Send Flowers