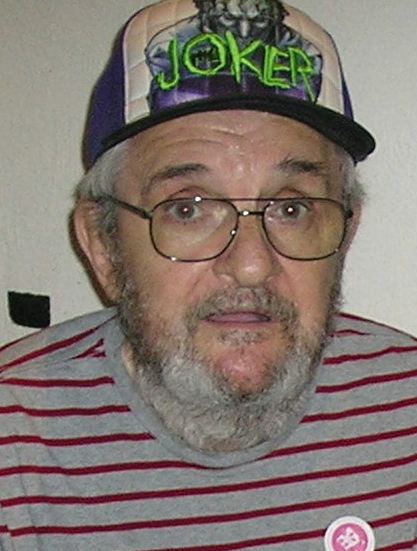 Thomas Arley Curry passed away on September 8, 2021, Tucson, AZ. He was born Sept 24, 1952 in Chicago. He was preceded in death by his wife Gladys E. Boyd in Sept. 2015. Tom, also known as Joker is survived by his daughter Cindy Scovill and her children, Griffin Scovill and Brooke Oesterle, Morris Illinois: his Step daughter, Candice Maloney, Chicago, her daughter Jeannette Maloney of Merrillville, IN and Step-son Paul Maloney, IN.

Tom is also survived by his sister, Sandra Brink, Tucson AZ, a brother Jerry and his wife Sandra Korosidis-Curry, Shelby, N.C.; a sister-in-law, Joane (the late Dick) Curry, Chicago. Il. And many nieces and nephews.

He was preceded in death by his parents, Glen and Irene, {ne Sikora} Curry, brother Dick Curry and brother-in-law John E. Brink

Tom retired in 2015, after 30+ years from Minerals Technologies as a Gunner/Technician/Supervisor. He also spent 10 years working for US Steel. In addition, he was a Sound Engineer for 40 + years for a Chicago base band known as The Telestars. He moved to Tucson to be with his sister in 2016.

He was an avid reader of Military History, a big music fan and a big joker with a strong sense of humor.

To plant a tree in memory of Thomas Curry, please visit Tribute Store

Share Your Memory of
Thomas
Upload Your Memory View All Memories
Be the first to upload a memory!
Share A Memory
Plant a Tree