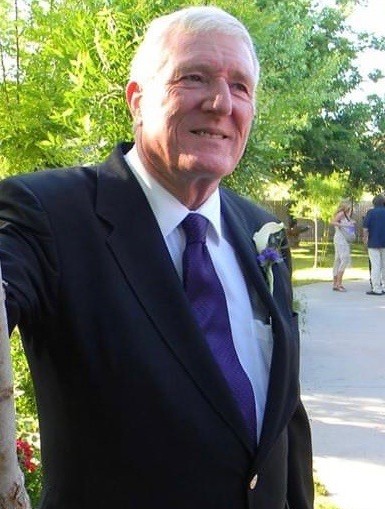 Obituary of Raymond A. Varin

Raymond A. Varin, 78, passed away July 24, 2021 surrounded by loved ones. Ray was born on September 27, 1942 in Burlington, Vermont; the son of Emilien and Anita (Barbeau) Varin. He was a 1960 Graduate of Rice Memorial High School in South Burlington, Vermont. Ray served a total of 27 years in the Army and Air National Guard, in addition to long career in typesetting in the printing industry.  After his move to Tucson, Arizona in 1988, he continued typesetting work as second employment, but joined the University of Arizona as a staff member for 17 years in computer operations.

Ray picked up a good golf game after his move to Arizona, often got together with family and close friends to play cards, but most of all enjoyed his weekly trip to the casino with his beloved wife, Gail.

In lieu of flowers the family asks that you make a donation to the Alzheimer’s Association at  https://act.alz.org/site/Donation2?32112.donation=form1&df_id=32112

To send flowers to the family or plant a tree in memory of Raymond Varin, please visit Tribute Store

Share Your Memory of
Raymond
Upload Your Memory View All Memories
Be the first to upload a memory!
Share A Memory
Send Flowers