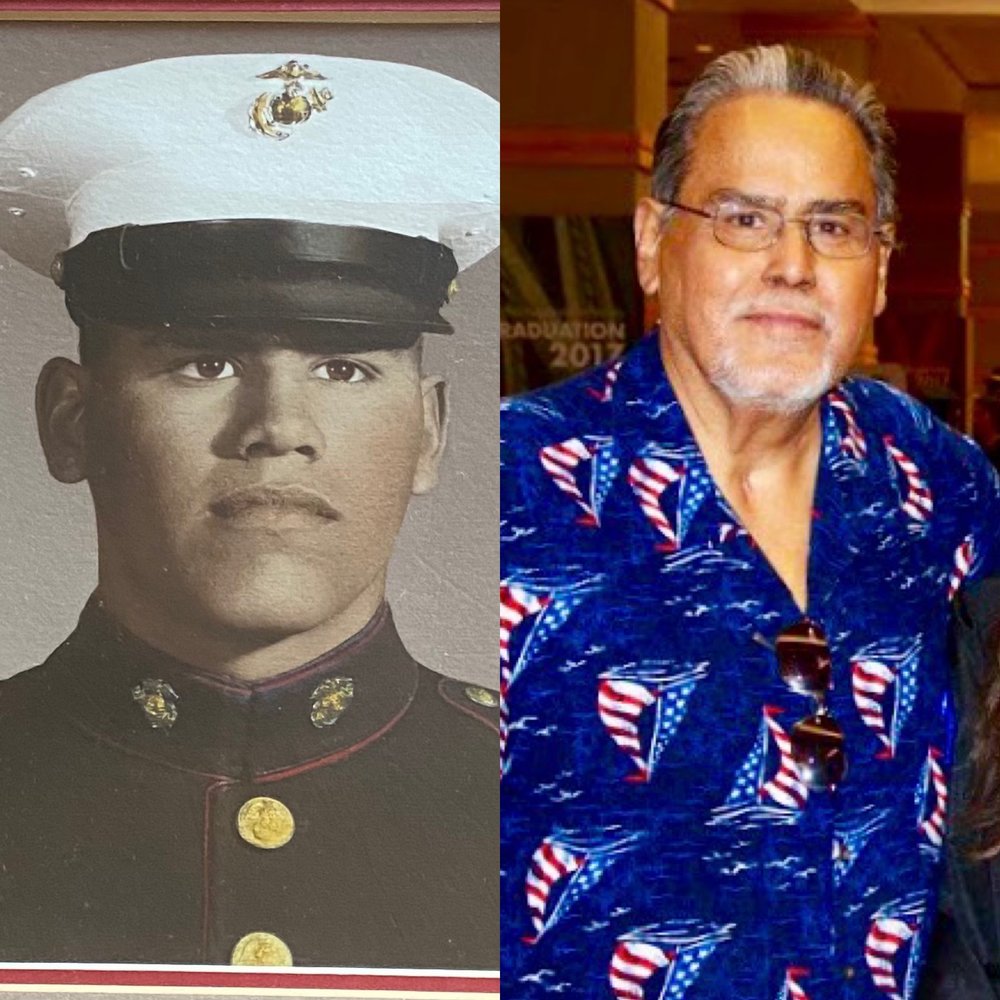 On January 29, 2021, attorney Randolfo V. "Randy" Lopez entered the Gates of Heaven following a long and courageous battle with complications due to diabetes.  Randy was born in Oracle, AZ in August of 1950. The Pueblo High School Warrior dropped out of high school to serve his country and enlisted in the United States Marines Corps in 1967. Randy completed two tours of duty in Vietnam. He was wounded during his last tour in which he was awarded the Purple Heart medal. In 1973 Randy was honorably discharged as a decorated sergeant. Semper Fi! Oorah!

After the Marine Corps, while working as an auto mechanic, Randy met attorney Armand Salese and a life-long friendship developed. It was Armand who persuaded Randy to go to law school. He earned a bachelor’s degree in business administration in 1981 and went on to graduate from the James E. Rogers College of Law in 1983, both from the UofA. Randy began his law career with Armand, then worked at the Pima County Public Defender’s office, and then partnered with Hector Estrada, Juan Perez-Medrano and Elaine Bevans before eventually opening his own practice. His career spans nearly 35 years focusing on criminal defense, personal injury, labor law, family law, and appellate work, including brief writing and oral arguments before the 9th Circuit Court of Appeals. Randy was well known and respected in the Tucson legal community and had many friends, including Francisco Leon, Alex Sierra and Judge Howard Hantman.

Randy was extraordinarily hard working, yet family meant everything to him. He was an avid reader, loved to cook, and watch Antiques Roadshow and war movies. He took pride in being able to take anything apart, figure out how it worked, fix it if needed, and put it all back together. If the UofA Wildcats were playing, you could bet Randy was watching. He enjoyed any version of his favorite song, “Amazing Grace”, but of course his favorite version was President Obama’s! He enjoyed his C.L.E. trips to San Diego and his relaxation trips to Las Vegas with his family. Randy was kind, caring, unbelievably generous, and witty.

He met his loving wife of 31 years, Alma, through a blind date set up by their dental hygienist. The two knew they were meant to be together and married five months later.  She was his legal assistant since 2001. Together they had two beautiful daughters, Virginia and Alexandria. Randy was a dependable, dedicated, and a selfless father. Anything his daughters needed, he provided. He made sure he taught his daughters how to do things rather than do it for them, which they are extremely grateful for. Randy was blessed with two grandsons, Landon and Liam, who were his pride and joy. He was overjoyed with having nicknamed them “Boomer” and “Baby Donut”. Any interactions with Landon, he would ask, “and who are you?” Landon would say, “I’M BOOMER!” Randy would laugh and smile from ear to ear. He cherished the few times he was able to hold his newest grandson, “Baby Donut”.

He is survived by his wife Alma, daughters Virginia (Colton) and Alexandria, and two grandsons: Landon and Liam. Also survived by brothers: Peter, Esteban, Tommy, Antonio, and Freddy; sister, Angie Carlson, and many loving nieces and nephews. Randy was preceded in death by his father, Pedro, and mother, Virginia, and siblings: John Gaona; Richard, "Spankie" and Andy Lopez; Elizabeth Canez and Virginia Abbink.

Due to COVID-19, all services will be limited to immediate family. Visitation will be held at Bring’s Broadway Chapel, 6910 E Broadway Blvd on February 11, 2021 from 5-7 PM with a Rosary at 6:00 PM and will be livestreamed: www.bringfuneralhome.com;

Flowers are welcomed or may make a donation to the Frank & Edith Morton Boys & Girls Club: www.bgctucson.org

To send flowers to the family or plant a tree in memory of Randolfo Lopez, please visit Tribute Store
Thursday
11
February

Share Your Memory of
Randolfo
Upload Your Memory View All Memories
Be the first to upload a memory!
Share A Memory
Send Flowers