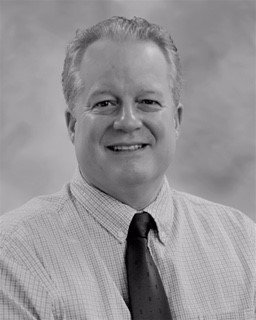 Dr. Gregory Carter La Chance was born on February 26, 1953 and went to his Savior, the Lord our God on February 1, 2021.  He is survived by his devoted and loving wife and son: Arabella and Warren, who stood by his side during his battle with ALS, and by his sisters Susan Helgeson and Ron (Stephanie and Sarah), and Lisa Bereki and Steve (Ben and David).  He is also survived by his extended family including his doting mother-in-law Olga Oviedo, his brother-in-law Louie Oviedo (Shelley), his sisters-in-law Miroslava Oviedo Velez (Michael), Myrthala Oviedo Duarte (Steve), Myriam Oviedo Kelly (Mark) and Dynah Oviedo.  Greg was adored by his nieces and nephews, Cameron Oviedo, Olivia Oviedo, Kali Duarte, Samantha Lim, and Audrey Kelly.

After graduating dental school, the National Health Service Corp led Greg to El Rio Dental Clinic in Tucson, Arizona.  He was hired full time and for 40 years practiced community-based dentistry at the clinic.  It was at El Rio that he met and fell in love with Arabella.  They married September 20, 1986.  On October 24, 1991, their son Warren was born.  He was a very proud, loving and involved father.  He supported Warren in every way including basketball.  His love of basketball was instilled in Warren and they shared wonderful times enjoying the game.  Greg also passed on his musical talents to Warren teaching him to play the piano when he was months old.  Greg’s abundance of love extended beyond Arabella and Warren.  He embraced Arabella’s siblings as if they were his own and they embraced him as well.  They enjoyed being together so much that their yearly trip to Greg’s favorite place, Disneyland, often included Arabella’s sisters, brother, their spouses and children.  It was quite the family affair.

In his early years Greg knew that dentistry was his calling and he loved working in Public Health.  He was promoted to El Rio’s Dental Director and during his tenure expanded the dental clinic from one to seven.   He was passionate about helping the underprivileged and homeless in his community.  His passion and charismatic personality helped him to secure millions in donations and grants to develop the Pediatric Integrated Program.  He traveled the country promoting Public Health Care and passed his passion onto many dentist and resident dentist.  He established the adult and pediatric dental residency programs that influenced the careers of countless dentists.  He was also an expert advisor for Safety Net Solutions and co-authored a booklet on dentistry and dental care that is used nationwide.

During his career at El Rio, he mentored many interns and residents.  He was a kind, gentle and humble leader always willing to give any direction that was needed without making someone feel small. With his passion and motivation, he created a solid work environment, creating quite the family atmosphere among the employees.  They respected him and were devoted.  Greg’s door was always open and through the work of his mentees his teachings will continue to impact the Tucson community for years to come.

When God sent Greg to this earth, he knew he had created a man who would follow in Jesus’ footsteps. Aiding the sick and poor.  Helping to educate others to follow the path of compassion and decency.  He has impacted so many lives and was an inspiration to all he had contact with.  He displayed genuine care and respect for others.  Dr. Gregory La Chance will be profoundly missed by all who had the pleasure of meeting him. God Bless You Greg.  May the angels be with you and wrap you in their wings.

You can honor Dr. La Chance’s memory by making a contribution at the link below, or emailing a check to El Rio Foundation, 839 W. Congress, Tucson AZ 85745 for the Greg La Chance, DDS, Memorial Fund or call El Rio Foundation at 520-205-4947 to give over the phone.

Share Your Memory of
Dr. Gregory
Upload Your Memory View All Memories
Be the first to upload a memory!