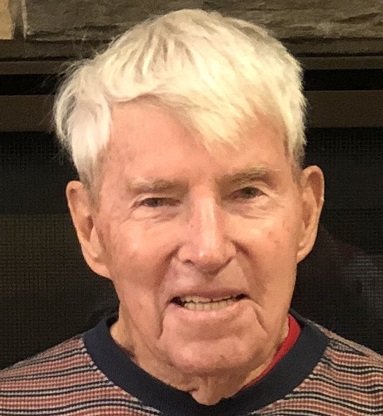 Terry unexpectedly passed away after a 16 day stay in the hospital with a progressive and worsening lung condition, idiopathic pulmonary fibrosis.  This was a shock to all that knew him.

Terry was born in La Crosse, WI, the eldest son of Willard and Patricia Gautsch.  He grew up in Arcadia, WI, and took his midwestern values and Wisconsin pride wherever he went.  He was a proud graduate and alum of the University of Wisconsin - Madison / a Badger through and through.  A cheese head was never far from him during the NFL football season. Terry served proudly as an aviation navigator in both the Air Force and Navy, honorably retiring with the rank of Commander in the Navy.

Terry was a hard working sales engineer with GE for over 30 years before retiring to the warmth and sun of the desert Southwest.  A 27 year resident of Tucson, he loved to play tennis, was an avid runner in his younger days, enjoyed long walks, his annual participation in the senior Olympics, and following his favorite collegiate sports (in particular UW Badgers and his adopted University of Arizona Wildcats).  His favorite pastime was socializing with friends – especially Mystery Trip folks, tennis buddies, former GE colleagues, and neighbors. He enjoyed traveling the globe with his wife Judy of nearly 50 years, his children and grandchildren, and with Cleo, his companion of nearly 6 years.  Terry also volunteered regularly at the pharmacy at Davis-Monthan Air Force Base.

Terry had a zest for life!  He had a subtle yet exceedingly smart wit, which kept us on our toes.  He lived each day with dignity, patience, humility and pride. Laughter was never far away and his reminder to not take life too seriously.

Terry will be missed by all who came in contact with him, but especially by those who knew him well.  Terry is survived by his two daughters Marnie (Cheryl) and Marissa (Michael), and his seven grandchildren – Carter, Keaton, Callie, Clay, Emori, Alexander, and Mackenzie. He is also survived by sister, Sally, and brother, Larry.

A Celebration of Life event will be held at the Sunrise Mountain Ridge HOA Clubhouse, 6940 E. Loma del Bribon, Tucson, AZ, 85750, from 14:00 – 16:00 on Saturday, February 15, 2020.  This event will be casual and you are encouraged to wear your favorite college jersey or team colors. In lieu of flowers, please consider a donation in memory of Terry to Honor Flight Arizona: https://honorflightAZ.org

Share Your Memory of
Terry
Upload Your Memory View All Memories
Be the first to upload a memory!