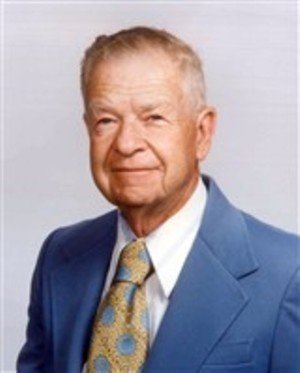 In March 1941, he was transferred to Scoffield Barracks, Hawaii, where he first served first as regimental surgeon in the 8th Field Artillery Regiment, Hawaiian Division and then at the North Sector General Hospital.  On the morning of December 7, then CPT Hardaway and his wife Lee watched the Japanese planes fly low overhead on their way to bomb Pearl Harbor.  He spent the next 48 hours operating non-stop on the wounded from that attack.

In 1943, Dr. Hardaway was transferred to the Medical Field Service School, Carlisle Barracks, Pennsylvania, where he served on the faculty until 1945.  In this capacity, he wrote recommendations for the reorganization of the medical service of the Infantry Division, later adopted by the Army.  After World War II, he was transferred to Madigan General Hospital, Fort Lewis, Washington, to complete his surgical residency.

In June 1960, he was assigned as Director, Division of Surgery, Walter Reed Institute of Research, Washington, D.C.  Over seven years, he specialized in research in the field of trauma.  During this time, he created the first trauma unit, a model upon which similar units were instituted in both military and civilian medical centers.

In 1967 he developed the first portable intensive care unit specifically for use in the Vietnam conflict.  He personally accompanied and oversaw its implementation, during which time he was under enemy fire on multiple occasions.

In July 1967, he assumed command of the 97th General Hospital and the Frankfurt Medical Service Area, where in 1970 he was promoted to Brigadier General and was assigned as the commanding general of William Beaumont Army Medical Center in El Paso, Texas.

After 36 years of devotion to the Army, he retired, and in 1976 became Professor of Surgery at Texas Tech School of Medicine in El Paso, Texas.

He published 300 articles in professional journals and 10 books: “Syndromes of Disseminated Intravascular Coagulation”, “Clinical Management of Shock”, “Capillary Perfusion in Health and Disease”, “Shock, the Reversible Stage of Dying”, “Care of the Wounded in Vietnam”, and “Blood Problems in Critical Care”, Vols. I and II.

His most impressive accomplishment was as a loving father who found the time to spend with all of the family and to excite us about his interests in history, archaeology, science, and service.  Thanks to the “gilded poverty” that was the military, he and Mother traveled with us extensively to teach us about the rich world around us.   His daily tennis with our mother and his regular expression of affection for her truly modeled what one would want in a father and husband.  He will be most sorely missed.

The family requests that in lieu of flowers, donations “In Memory of Robert M. Hardaway, III” be made to the Southern Arizona Honor Flight by mail to PO Box 32649, Tucson, AZ 85751 or by going to www.honorflightsaz.org and selecting "Donate Now".

A memorial service will be held at Bring’s Broadway Chapel at 10:00 AM on Saturday, 16 November for any local military veterans and friends who wish join us in remembering and celebrating his life.