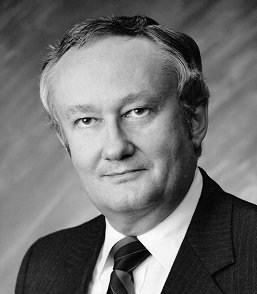 Jon Day Griebel, 79 passed away on October 6, 2019 in Tucson, Arizona after a brief illness. Jon was born on November 23, 1939 at St. Mary’s Hospital in Rochester Minnesota to Jack Edward Griebel (Ruth Schuldt) and Alice Clark Griebel. Jon married Cynthia (Burd) Griebel on October 5, 1963 in Rochester, MN. He passed away one day after their 56th wedding anniversary.

Jon was preceded in death by his mother, father and step mother, his brother Charles T. (Paula) Griebel, of Longview, WA, his sister Barbara J. (Richard) Atherton of Newark, OH, his grandson Mitchell Nathaniel Barrigar of Tucson, and his grandson Anthony Daniel Hutton of Tucson.

Jon graduated from Rochester High School in 1957. He followed this with a successful career as a software developer with IBM Corp. from 1959 – 1989 when he retired and started ProAct Consulting. Jon cared for the business, non-profit, and personal computer needs of all types of people in Tucson until 2011 when he retired for good.

Two things brought Jon immense joy in his later years - his daily trips to the dog park with his many dogs, and his antique John Deere tractor collection that he drove in competitive tractor pulls. His favorite competitor was his daughter Patty, who rarely bested him.

Jon’s work ethic was unmatched only by his internal moral compass. He always sought to do the right thing. He never met a stranger or lacked a story to tell - the taller the better.

Jon will be inurned at The Grandview Memorial Cemetery in Rochester, MN at a later date.

Share Your Memory of
Jon
Upload Your Memory View All Memories
Be the first to upload a memory!
Share A Memory
Send Flowers