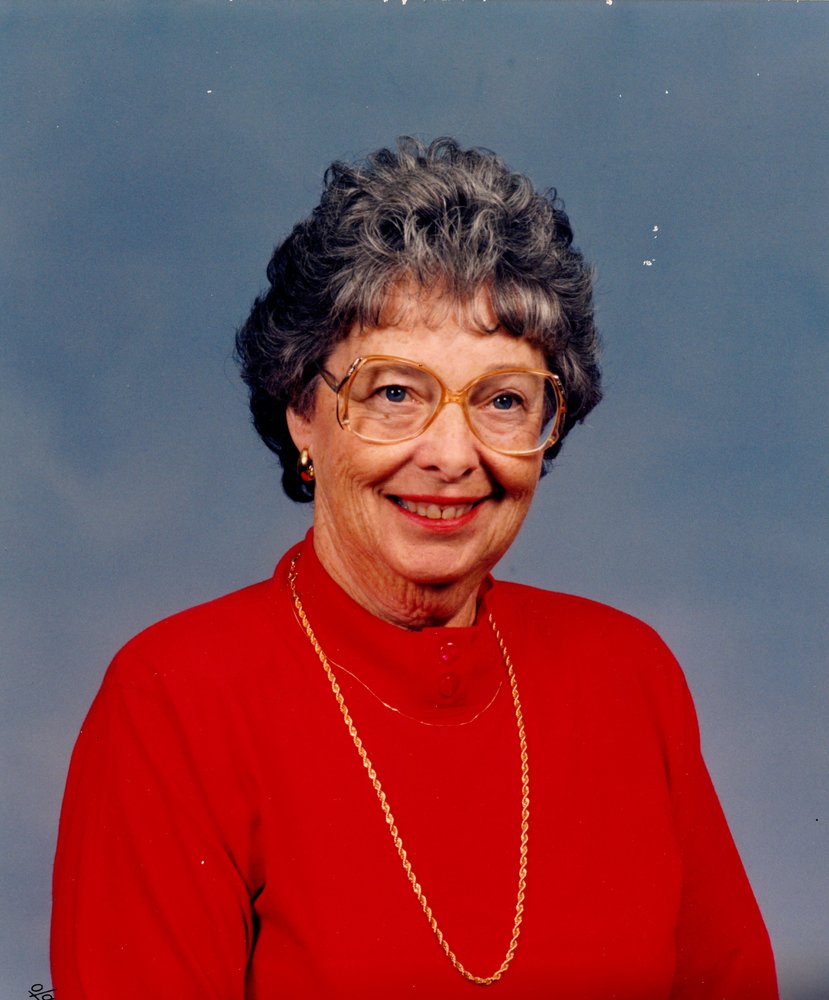 RYAN, Marilyn Ann, 88,  of Tucson passed away peacefully on Sept. 21, 2019. She was born in Corning, NY on July 8, 1931 to Raymond and Elsie (Richards) Hanley and on Feb. 7, 1953 she was married to John Ryan until his death in 1992.  She will be greatly missed by her children, David Ryan (Patricia) of Radford, VA, Jeffrey Ryan (Lisa) of Lyman, SC, Susan Montgomery (Calvin) of Tucson, AZ, Kathleen Krempels (Paul) of Cheyenne, WY, her grandchildren Kristine Kot (Charles), Steven Emory, Sandra Crowther (James), Allison Mitchell (Wesley), Patrick Ryan, George Emory, Jason Ryan (McKenzie), Kevin Ryan, Brandon Krempels, Ryan Krempels (Erin), Thomas Montgomery, Emily Suess (Justin) and Antonia Montgomery. Her 8 great-grandchildren knew her as Gigi. Mason, McKenna, Kellen, Lillian, Abram, Caden, Nia, and Audrey brought much joy to Marilyn's life. She was loved by many nieces, nephews, cousins and friends. Marilyn was blessed to have found a loving friendship with Don Noettl. Marilyn had an infectious smile and was loved by everyone she met. She knew no strangers; whether walking in the mall or sitting in an airport terminal.

Marilyn's father Raymond was employed by Ingersoll Rand Corporation in Painted Post and her mother Elsie, passed away when Marilyn was 13. Marilyn attended Catholic elementary school in Corning, New York. In 1949 Marilyn graduated from Painted Post High School in Painted Post, NY (known back then to the locals as 'the Post').  After high school she attended business school in Rochester. In 1953 Marilyn married John.  She worked as a secretary for Corning Glass Works until David was born and they started a family...then came Jeff, Sue & Kathie. Marilyn became what's known now as a 'stay at home mom' until their youngest, Kathie, was in school.  She then worked part time for many years, only working while her children were in school.  She worked for United Way in Corning, NY and in 1967 when John was transferred to Oneonta with Corning Glass Works, she worked for the State University of New York College (SUNY) at Oneonta as the secretary for the Director of Food Services.  Her most famous typo...the menu read "crap cakes" instead of crab cakes!  As a member of St. Mary's Catholic Church in Oneonta, Marilyn spent hours volunteering for various church functions as well as preparing the weekly bulletin with just the good old-fashioned mimeograph machines in the basement of the church (there were no computers or Xerox machines).

In 1973, John was transferred to Blacksburg Virginia's Corning Plant; so the family moved to Christiansburg.  Marilyn worked at the Montgomery County Library in Christiansburg before securing what became a permanent job as secretary at Christiansburg High School in 1975 where she stayed until John was transferred back to Corning, NY in 1986.   John retired in the Fall of 1987 returning to their Christiansburg home.  January of 1988 they took their first cross-country trip to Arizona to see what being a 'snowbird’ was all about. Over the next 4 winters they drove across the country always stopping in Cheyenne to visit Kathie along the way as well as many other destinations until John’s death in 1992.

From early in her childhood, Marilyn was musically inclined and played piano, cello and violin.  She also always loved to dance, so after John's death she took up line dancing "because I don't need a partner".  Line dancing was an activity she could do wherever she was living--Virginia or Arizona--and she was great at it.  She looked awesome in her cowboy boots and jeans!  Marilyn spent winters in Arizona for several years, residing at Tucson Meadows. While a summer resident in Virginia she had an opportunity to return to employment at the Montgomery County School Board Office for the months she resided in Christiansburg. She sold her home in Christiansburg and moved permanently to Tucson, Arizona in the late 1990's.  She resided at Tucson Meadows until 2016 when she moved into Atria Senior Living where she enjoyed Bingo and started making jewelry. In 2005 she took her first and only trip abroad to her homeland of Ireland with her lifelong friend Jeanne. Over the years she enjoyed an occasional trip to the Laughlin casinos with her good friend Carol and when it became too difficult to travel distances, the Tucson casinos were just as good.

She moved to Brookdale early this year. The family would like to thank the kind and caring staff at Brookdale for keeping her happy and active during her last months.

Marilyn and John were sports fans and were supportive of every sport and activity that their children participated in. They would move heaven and earth to be at any event (track, gymnastics, cross-country, football, wrestling, basketball) as spectators and many times as volunteers. Marilyn carried on John's tradition as an avid New York Giants fan throughout her life. In her later years, she was known to skip a meal or two if there was a baseball game to watch. She grew up cheering for the New York Yankees with her father; she knew all the players and understood the game. Once her migration to Arizona was complete she shifted her loyalties to the Arizona Diamondbacks and was quick to analyze why they won or lost a game. She loved attending baseball games whenever and whereever her children, grandchildren or nephews would take her.

Over the years she was always willing to volunteer her time and talents where needed and made true friends throughout her lifetime.

She will forever be in our hearts.

A funeral Mass will be held at St. Pius X Catholic Church, in Tucson, AZ on Monday, Sept. 30, 2019 at 10:00 a.m.  In lieu of flowers donations may be made to St. Jude Children's Research Hospital or the American Heart Association.  Interment will be in Virginia on November 2, 2019.