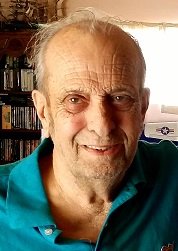 Donald D. Wagner passed away Monday, September 2, 2019 in his home in Tucson, Arizona. He leaves his 3 children, son William (Bill) and his wife Maria, daughter Angelia (Angie) Bennett, and son Karl and his wife Jen; his grandchildren: Cory Gomez and her husband Richard, Kara Bennett, Oliver Wagner, and Julia Wagner; his great-grandson Finn Gomez; and his siblings Martha (Doop) Blonde and Leroy (Jim) Wagner. Don was born September 27, 1939 in Bath, Michigan. He was the youngest of 6 children. He relocated to Tucson, Arizona in his teens where he spent the rest of his life. Early on he worked in a bakery, and also a potato chip factory. He ultimately followed his brothers to the copper mines, where he worked hard to learn hydraulics and mechanics. He was awarded outstanding apprentice of the year before earning his Journeyman certification. He was very well versed as a mechanic and enjoyed the trade. In the mining community he formed friendships which lasted the rest of his days. He was a storyteller, many stories he would tell over and over. He always had a story to relate to what was going on in life. He loved to tell jokes, and while he never wanted to be the center of attention, he didn’t mind a crowd gathering and staying a while to laugh. Don was well known at work for giving out nicknames, some of which lasted for decades. He had a passion for politics, history, and learning. He was also very passionate about music, his favorite genre being classic country. He was a collector, from antique guitars and firearms to trains and remote control airplanes. He was a generous man who was always there to lend a hand to friends and family. He prided himself on being someone who could be relied upon. He valued family above all else, and passed on these beliefs to his children. He was predeceased by his siblings: Hank Wagner, William Wagner and Jack Wagner; and his parents Andrew Wagner and Jeanette Verhoeven. Words cannot truly express how much he meant to those who love him. He will be greatly missed.

Share Your Memory of
Don
Upload Your Memory View All Memories
Be the first to upload a memory!
Share A Memory
Send Flowers