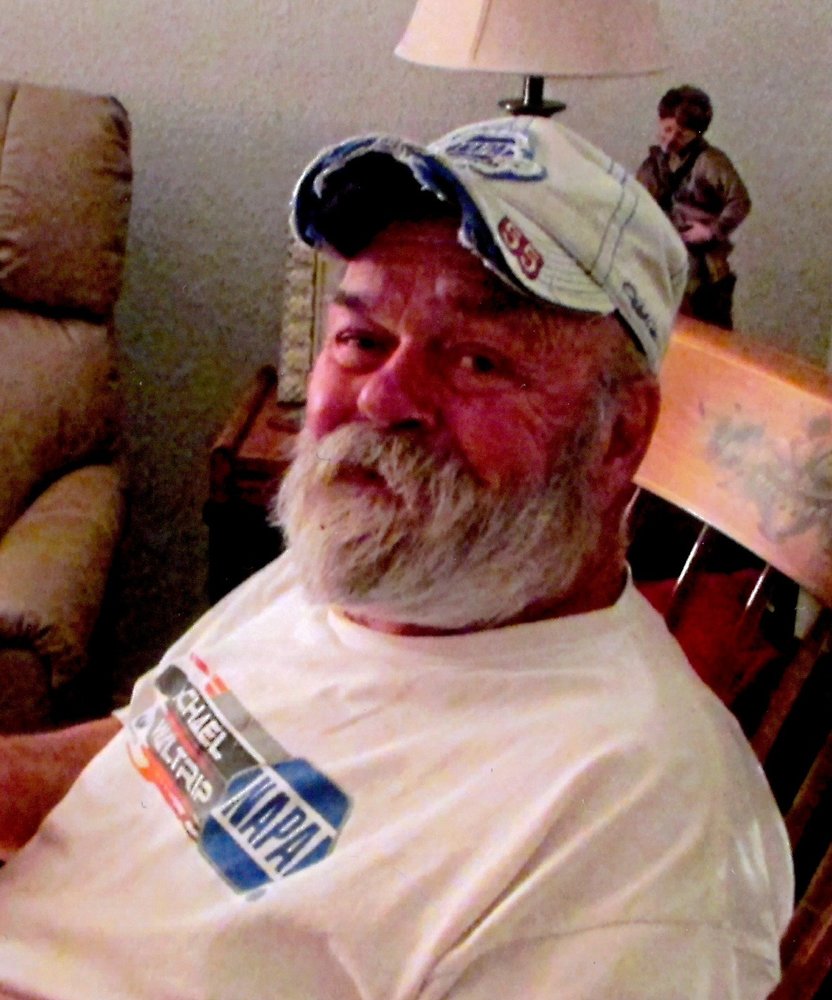 It is with heavy hearts that we announce the passing of Mike. He was born in Quincy, Illinois, grew up in So. Ca. and called Tucson his home for 41 years.  Mike was known for his sense of humor.  He was loving and faithful.  Our family was so blessed to have him though he left us far too soon.   Mike was a 1966 graduate of Castle Park H.S. in Chula Vista, Ca.  After graduating he enlisted in the Navy, having served in the Vietnam War.   He was so very proud to be a veteran and was a lifelong member of the DAV.  Long-haul trucking would become his ultimate employment from which he retired.  He loved the SD Chargers, camping, gun collecting, riding ATV’s and Harley’s.  To know Mike was to love him.  He was a big man with a big heart.  Mike is survived by his wife of 42 years Jamie, daughter Jennifer (R.J.) Larson, grandchildren Nick, Haley and Ricky. Predeceased by his loving family; parent Galen and Rosalie, and  brother Bill.  He leaves behind many lifelong friends and “his pooders” Rowdy and Lola.  After 71 years, Mike has parked the big rig and radioed his last 10-4.

Graveside service with military honors by the US Navy Honor Guard will be held at 12:00 PM on Wednesday May 29, 2019 at the Southern Arizona Veterans’ Memorial Cemetery, 1300 South Buffalo Soldier Trail Sierra Vista, Arizona.

To send flowers to the family of Michael Merriam, please visit Tribute Store
Wednesday
29
May