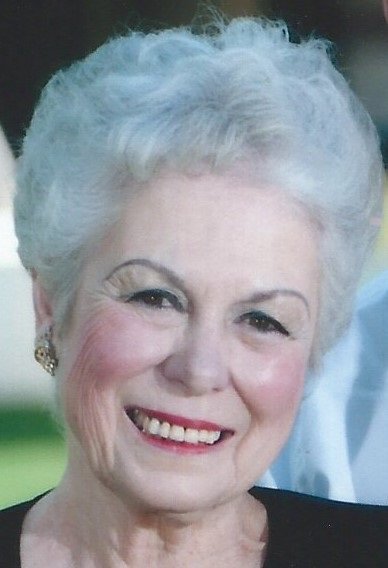 Wardle, Barbara Ann, age 78 of Tucson, AZ passed away peacefully on May 5, 2019.  Barbara was born January 10, 1941 in Lusk, Wyoming to Mac and Maxine McDermott.  She is preceded in death by her parents and brother, Jon.  Barbara is survived by her husband of 57 years, retired USAF Colonel William L. Wardle; brother, James L. McDermott (Clara) of St. George, UT; children, Bill (Sheri) Wardle of Gilbert, AZ; Jim (Lori) Wardle of Phoenix; Kate (Duane) Bushnell of Gilbert, AZ and Judi (Saeid) Badie of Tucson; nine grandchildren, and many cousins, nieces and nephews.

Barbara graduated from Everett High School in Everett, Washington in 1959.  She received a full scholarship to the Los Angeles Art Institute, but decided to attend Burnley School of Art in Seattle, WA.  She then attended business college in Everett and became an assistant loan manager at Seattle National Bank.

Barbara met the love of her life, Dr. William L. Wardle, DDS while he was stationed at Paine Field in Everett as a captain in the Air Force. They were married August 26, 1961. Throughout the years they were stationed in Everett, WA; Watertown, MA (while her husband Bill attended graduate school in Periodontics); the Air Force Academy in Colorado Springs, CO; Tachikawa AFB, Japan; and Davis Monthan AFB in Tucson, AZ. While at the Air Force Academy and in Japan, Barbara modeled, served as President of the Officer’s Wives Club and was active with the American Red Cross, and together with William, created and operated the Youth Activities organization. She was in many musical productions on base both performing and painting stage props.

After co-operating a successful business during the 1980’s Barbara had time to travel the world with her husband, enjoy her art work, reading, cooking, baking and crossword puzzles.  She also enjoyed camping and fishing with friends and family, golf with the gals at Dorado Golf Course, her PEO sisters, and the many friends she made through the military, church and at the Forum. She especially enjoyed spending time with her family and grandchildren and loved unconditionally. Barbara believed in the power of prayer and always turned to her Lord when faced with adversities.  She would light up any room she walked into and will always be remembered for her beauty, both inside and out.

Services to be held at Streams in the Desert Lutheran Church, 5360 Pima Street, Tucson, AZ at 11:00 AM on May 10th, 2019 with refreshments to follow.  Burial to follow at East Lawn Palms Cemetery at 5801 East Grant Road, Tucson. The family would like to extend a heartfelt thank you to Pastor Tom Dunham, love and prayers from several friends and the many care givers who took care of Barbara, both at the Forum and Peppi's House Hospice.  In lieu of flowers, donations can be made to your favorite charity in Barbara's name.

To send flowers to the family of Barbara Wardle, please visit Tribute Store
Print
Friday
10
May