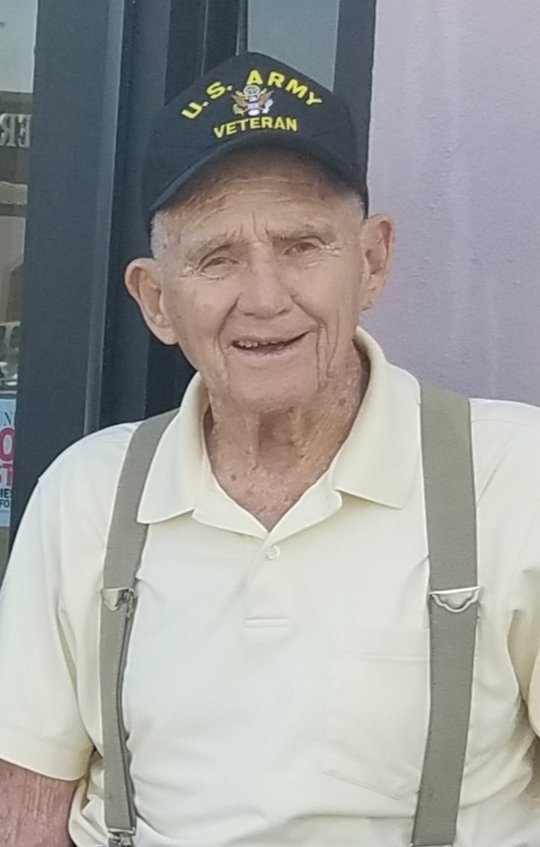 Deane was the only child of George & Mary Brasmer Fisher.

He volunteered to serve in the U.S. Army in 1943 during WWII and served in Cardif, South Wales in England. He served with the 964th Engineer Maintenance Company as a Sergeant.  He continued to attend the 964th reunions every year in Illinois until he was the last living member.

In 1955 they moved to Tucson Arizona where Deane built their home on Sahaura.   They lived in that home for 62 years before moving to Broadway Proper.  They joined Christ Church United Methodist when the services were held at Alice Vail Jr.High School.

Deane spent 20 + years with Klassen Kitchens of Distinction prior to retirement.

Deane & Darlene were active members of the Arizona Wildcat Club for 20+ years as season ticket holders for basketball and football.

He also help to start the Cholla Bay Sportsman's Club (Tucson Group) which supported many underprivileged children in Mexico.   He built a cabin in Cholla Bay, Mexico in 1956 where they spent many years fishing.  You could always tell which cabin was theirs by the two water towers. One was painted as Green Bay Packers and the other as Dallas Cowboys.  He once served as president of the Cholla Bay Sportsman’s Club.  The cabin still exists and is enjoyed by family members.

His hobbies included woodworking, fishing, hunting, and attending UofA sporting events.  Deane was always the “Go to Fix it Guy” as he could build or fix anything.  All the personalized wooden signs will be treasured by everyone.    He also enjoyed music and it was a little known fact that Deane played the accordion.  Darlene has fond memories of him practicing after the kids were put to bed at night.  He was often heard singing along to old tunes.

He was preceded in death by parents George & Mary Brasmer Fisher of Tucson and grandson Tracy Thompson.