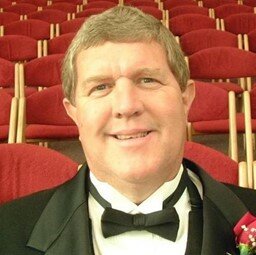 David Howard Canterbury of Tucson, Arizona, went to be with his Lord on December 1, 2022 at the age of 74 in Tucson. David (Dave) was born in Tucson and never moved away, a rare native Tucsonan. He was born to Howard L. Canterbury, Jr. and Ermina Bucklen and was preceded in death by his parents and sister, Betty Belle Schoen. He was married to, and survived by the love of his life, Linda (Caffarella) for 50 years. He is also survived by his daughters, Melissa Canfield (Mike), Leanne Gibson (Bob), Christina Hulsey (Victor), son, Kevin Canterbury (Chelsey), 19 grandchildren, and 4 great-grandchildren.

He was a member of the Tucson Boy’s Chorus, played

baseball for the University of Arizona, played minor league baseball for the Los Angeles Angels and Houston Astros. For “fun” he played fast pitch softball for many years, making it to the national tournament in 1976 with a team from the Cactus Room. He was a mechanic for a funny car driver and, was, himself, the subject of a picture in Hot Rod magazine in the

late ‘60’s as the driver of a rail car. He loved history, politics, science, music, and to build things, such as cabinets, houses, furniture, and old cars. A voracious reader, if he didn’t have a book on his lap, it was either because he was drawing up plans to build something or holding a grandchild.

Dave graduated from the University of Arizona with a Bachelor of Science degree in Education in 1972 and was also awarded an Associate of Applied Science degree in Fire Science from Pima Community College in 1975. During college, he served two years as an MP in the National Guard. Instrumental in establishing the Hazardous Materials program for the Tucson Fire Department, he was a firefighter with TFD for 27.4 years, retiring as a Captain in 2000. He was also an electrical contractor for 25 years. In mid-life, he started a sound system/live sound company to support his wife and children in their music endeavors, also using his sound business to support and travel with a teen/youth choir so that they would sound their best. Always an educator at heart, he taught sound engineering to anyone that wanted to be taught.

He loved the Lord and served faithfully in his church doing sound, electrical work, building cabinets, serving on the church Board, and whatever else he had the skills for. The most important thing he did was to mentor his children and grandchildren and teach them how to serve. His children, grandchildren, and great-grandchildren will miss debating with him, hearing his quirky sayings, watching him line up his table settings as he begins a lecture, and going to Sonic to get shakes during a good lightning storm. His family was number one! Oh, how he loved them...and SO well!

In lieu of flowers, please donate to Nazarene Compassionate Ministries https://give.ncm.org/donate/227 or the Tunnel to Towers Foundation https://t2t.org/.

Share Your Memory of
David
Upload Your Memory View All Memories
Be the first to upload a memory!
Share A Memory