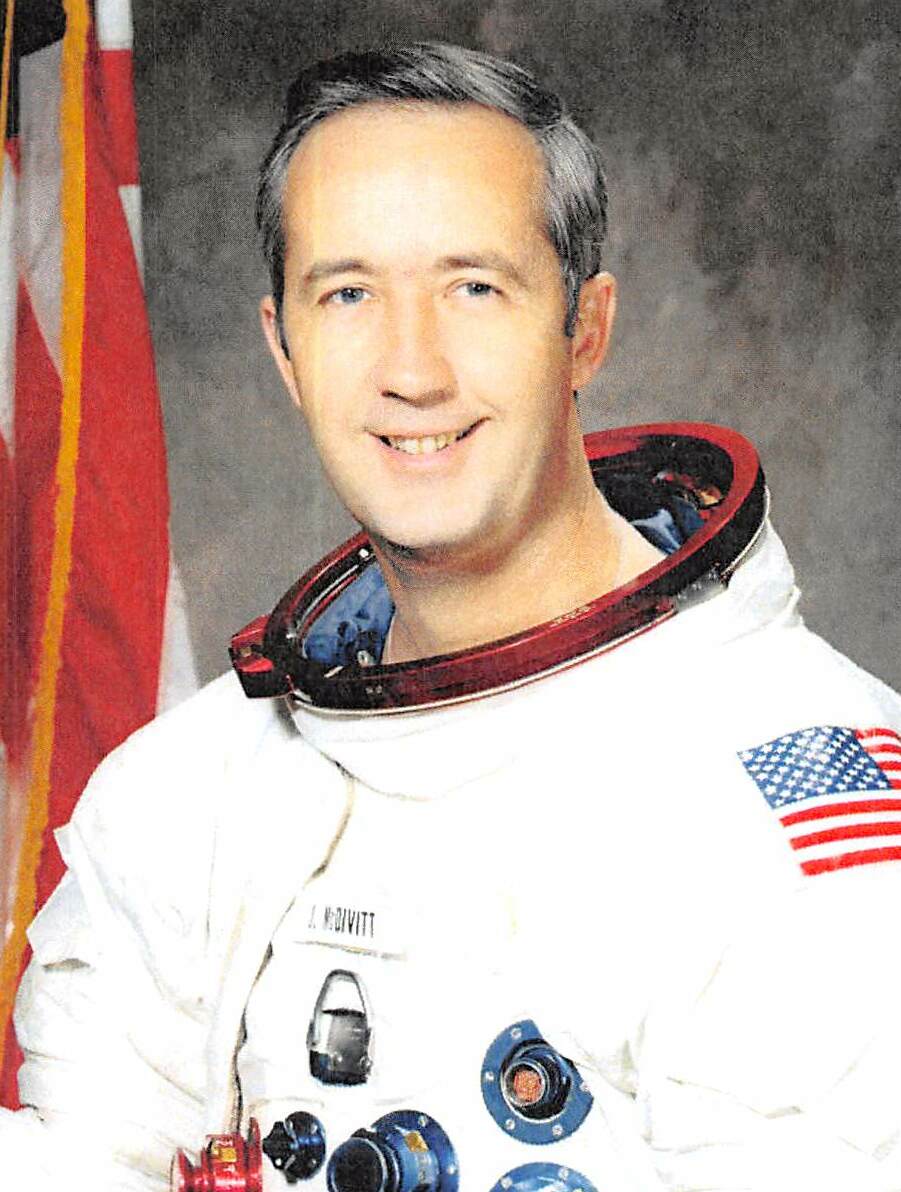 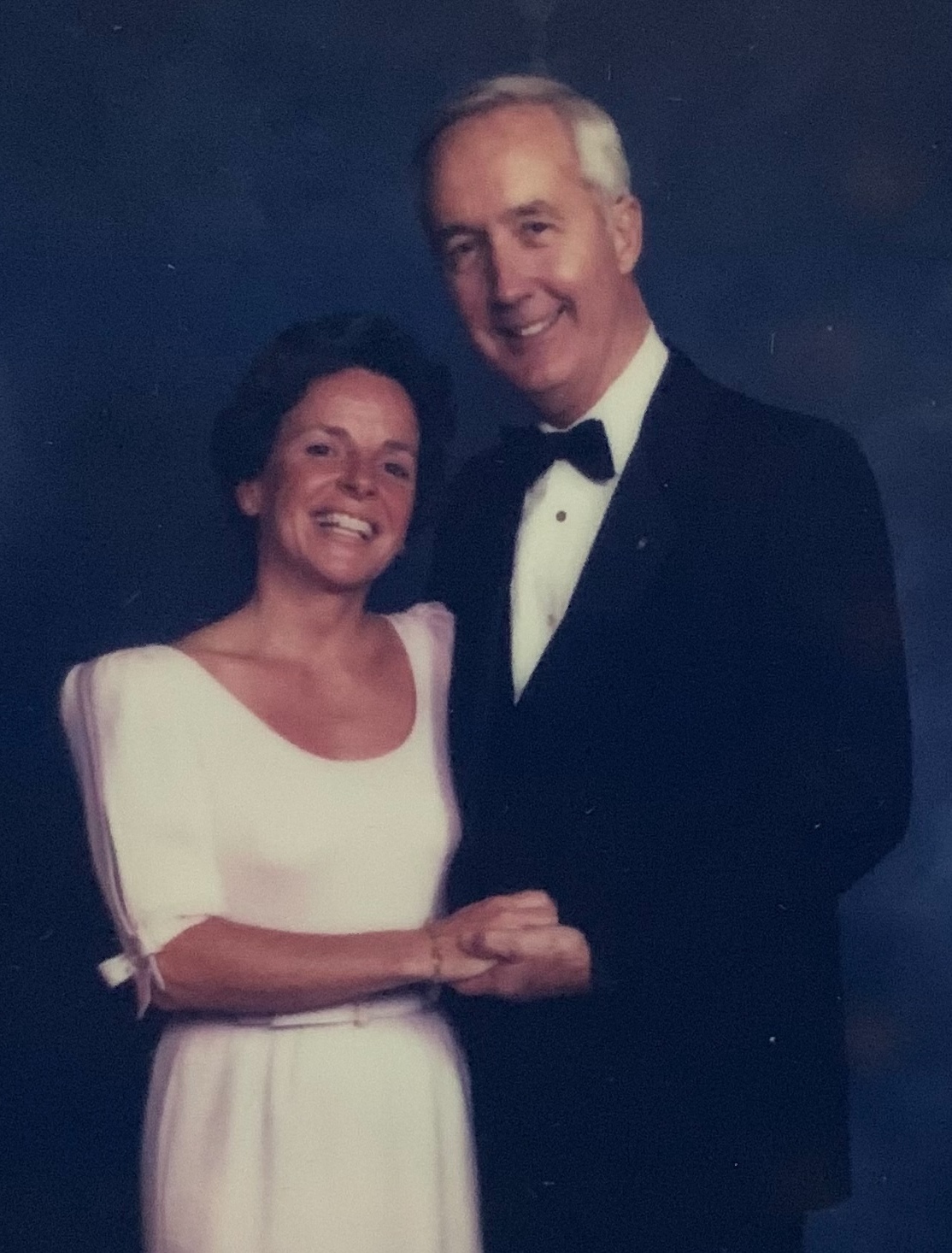 ASTRONAUT JAMES ALTON MCDIVITT OBITUARY, JUNE 10, 1929-OCTOBER 14, 2022
It is with a heavy heart we announce the passing of James Alton McDivitt, 93. James died peacefully on October 14, 2022 in the company of his loving wife, Judith Ann, along with his daughters, Ann and Katie, and his son, Patrick. Enshrined in the International Air & Space Hall of Fame in 2012 and the National Aviation Hall of Fame in 2014, Jim was a decorated Air Force fighter pilot in Korea and flew as a test pilot and astronaut with NASA in the Gemini and Apollo Programs. Even though Jim was honored as an American hero, he will be missed most as a loving husband to Judy, a father to his children and a true friend to many.

Jim was born June 10, 1929, in Chicago, Illinois, to James and Margaret McDivitt. Moving frequently during his childhood, he graduated in 1947 from Kalamazoo Central High School. After completing two years at Jackson Junior College in Jackson, Michigan, Jim joined the United States Air Force in January 1951, where he was accepted into the aviation cadet training program. Upon receiving his pilot wings, Jim was commissioned as a second lieutenant in May 1952. Jim received many commendations and decorations, including four Distinguished Flying Crosses and five Air Medals, while flying 145 combat missions in Korea with the 35th Fighter-Bomber Squadron.

After graduation, Jim went to Edwards Air Force Base as a student test pilot, graduating first in his class (Class 59C) from the Air Force Experimental Flight Test Pilot School. He remained there at Edwards AFB as an experimental test pilot, completed the U.S. Air Force Aerospace Research Pilot School, and joined the Manned Spacecraft Operations Branch in July, 1962, where he was in line to fly the X-15 and head the project office for testing the McDonnell F-4 Phantom II, when he applied to NASA to be part of the second group of astronauts to augment the original Mercury Seven astronauts.

Jim was then selected by NASA in September 1962 as part of the 9 member Astronaut Group 2. He was later selected command pilot for Gemini IV, becoming the first U.S. astronaut to command a crew on his first mission. Gemini IV, flown June 3-7, 1965, was a 66 orbit, 4-day mission and is most known for the first U.S. manned spacewalk or extra-vehicular activity (EVA). It was also the longest manned-flight mission to that point.

Jim was next selected to be Commander of Apollo IX, a 10-day mission from March 3-13, 1969, which was the first demonstration of the entire set of Apollo flight hardware necessary to land on the moon. This mission was highlighted by the first flight of the lunar module, the first rendezvous and docking between the lunar module and the command module, the first joint operation of two manned spacecraft in flight, and again setting a record for longest manned space flight.

Subsequent to returning from Apollo IX, Jim became Manager of the Apollo Spacecraft Program, and was program manager for the Apollo 12, 13, 14, 15 and 16 missions. Jim retired from the USAF and NASA in June 1972 as a Brigadier General.

Although Jim's chosen career as an aviator required him to be serious and pragmatic, he never lost his sense of humor and ability to make people smile and laugh. Jim gladly accepted the role of playing himself on the 1974 sesson of "The Brady Bunch," in the well-recived UFO episode, and demonstrated a potential aptitude as a TV personality were he so inclined.

Most importantly, Jim leaves behind a loving family, led by his wife, Judith Ann (Odell), with whom he shared a 37-year marriage and a love affair for the ages. When Jim and Judy were not traveling the world, they split their time between Tucson, Arizona, In the winter months, and the rest of the year on Elk Lake in Elk Rapids, Michigan, where they constantly hosted family and friends during the summer months and created many cherished memories.

He will also be misssed ny his four children from his first marriage (to Patricia Haas), Michael McDivitt, Ann Walz, Patrick McDivitt and Katie (Mark) Pierce, his two stepsons, Joe (Anne) Bagby and Jeff (Kat) Bagby, his grandchildren Christopher (Sarah), Matthew (Susie) and Patrick Walz, Liam and Ethan Pierce, Ginny and Wayne McDivitt, Ben, Jack and Jane Bagby, and Emily and John Bagby, along with six great grandchildren. He was preceded in death by his younger sister, Charlene. Jim's family has fond memories of sharing time with him fishing, boating, relaxing on the water, playing euchre, telling stories and laughing easily.

Jim also was involved with numerous organizations, but he was most proud of his affiliation with Conquistadores del Cielo and the Friday Pilots, a group of retired military pilots in Tucson, Arizona area. Jim loved meeting with these dear friends every Friday for lunch, sharing memories and swapping stories. Beyond family and friends, Jim was also passionate about his lake house, water sports, hunting and golf.

Jim was a loving husband, wonderful father, a great friend, and a true American hero, who was always kind and welcoming to anyone he met throughout his lifetime. His humility, grace and constant smile will be sadly missed.

Share Your Memory of
James
Upload Your Memory View All Memories
Be the first to upload a memory!
Share A Memory