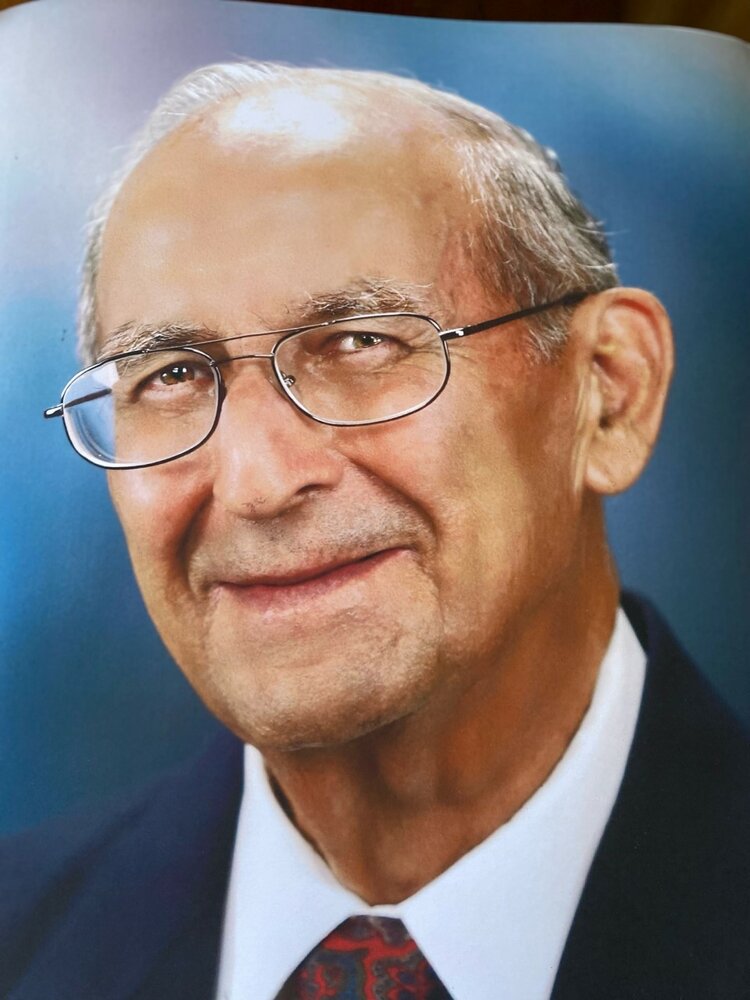 Manuel T. Montano (Tata), was born in Moctezuma, Sonora, Mexico January 10, 1932 to Romula and Manuel Montano. At the young age of 7 he lost his father. He is preceded in death by his loving sisters Beatrice, Josefa, and Norma, his only brother Humberto and his dedicated mother Romula.

He is survived by his loving wife of 67 years, Cecilia Urrutia (Nana), his children Rose (Mike), Manny (Jamie), and Cecilia (Paul). His grandchildren Stephen, Cassie (Paul), Michael and Matt, and his great grandchildren Raine and Phoenix. He is also survived by many nieces and nephews and their families.

At age 14 he moved to the U.S., attended high school in Douglas, then off to the University of Arizona where he received a bachelor’s degree in Civil Engineering.

He worked for the Arizona State Highway department where he oversaw the construction of many of the States’ highways and bridges. He was transferred to Nogales Arizona in 1969. They fell in love with Nogales and decided to stay. He then worked as the Nogales City Engineer for two years, owned his own business, worked for Cella Bar and lastly the Nogales Unified school district where he oversaw the building of three schools.

Manuel was very active in his community and devoted most of his free time as a Lions club member,  being president for several years. Along with his wife Cecilia, he oversaw the clothing of children in need at Christmas time. They named this Clothing project after him. He also was involved in the Special Olympics for many years and arranged for eye surgeons to provide sight to the poor elderly from Mexico who had cataracts at Holy Cross hospital.

He was inducted into the Nogales Hall of fame. He received an award from the Lions Club for years of dedication just before moving to Tucson in 2020. He was also a judge for the NHS Senior projects along with his wife. There were most likely many other events he helped with over the years.

He was well respected, always fair and kind to all who knew him. As a family man, he attended all of his children’s and wife’s activities. He encouraged and supported his children in pursuing college and a profession. He was a devout Catholic. He loved his 50 years in Nogales and it saddened him to have to leave.

He had many interests and hobbies: collecting coins, his large garden and abundant plants, feeding the hummingbirds and all birds and playing sudoku. He was also fascinated with airplanes and knew every one that was ever built. He had most of the periodic table memorized in addition to his times table up to 25 X 25. He also made a killer ceviche and salsa and did not mind helping his wife in the kitchen. His favorite alcoholic beverage was a Palomita and he had all the ingredients on hand for any visitors who stopped by.

After moving our parents up to Tucson in March of 2020, I had the good fortune to see them almost everyday either on my way to work of on my days off. They lived 10 minutes door to door. My mom was always playing music and my dad was out in his back yard watering or transplanting his many plants we managed to move with them. There wasn’t a day go by that he didn’t say “I love you mejita” and give me a solid hug. He was able to have his last dance with my mother at his birthday party in January. Our hearts will ache for many years, but we were blessed to know and love a wonderful man. See you in heaven someday “Papa bear”!

To send flowers to the family or plant a tree in memory of Manuel Montano, please visit Tribute Store
Wednesday
5
October

Share Your Memory of
Manuel
Upload Your Memory View All Memories
Be the first to upload a memory!
Share A Memory
Send Flowers