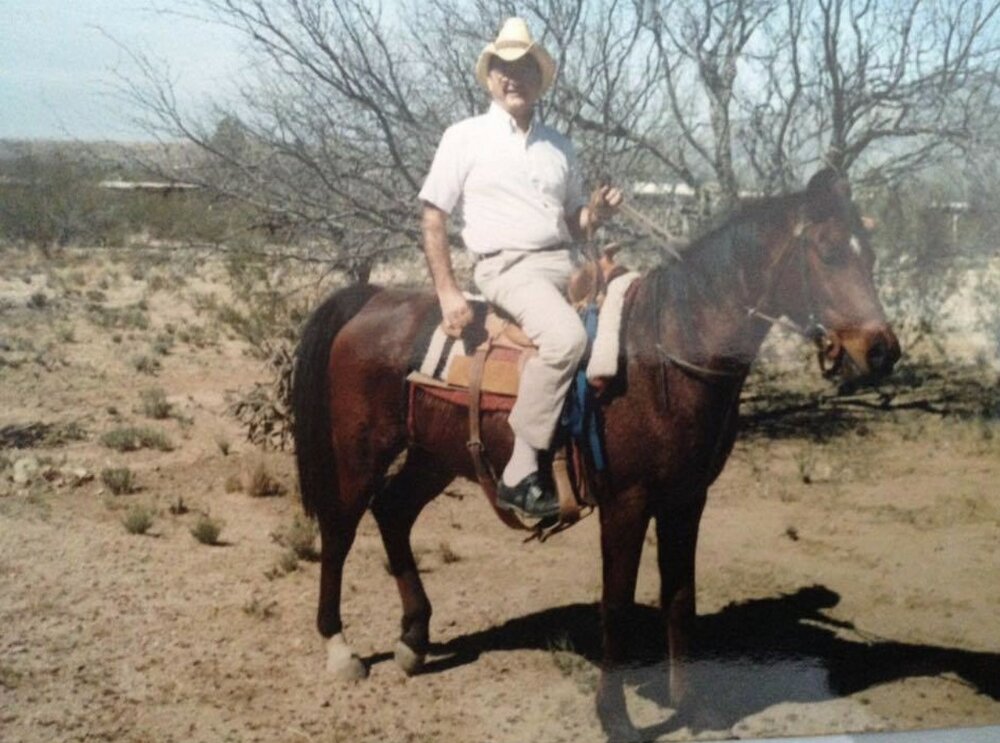 Marvin T. THORNTON, Age 85, peacefully passed away on September 29, 2022, in Tucson, Arizona. By his passing, Tucson has lost an adopted son, an attentive husband, caring father, loving grandfather and great-grandfather, and devoted friend. Marvin was born in Sandy Springs, Ohio to Rena (Holmes Blanton) Thornton and Charles Michael Thornton. He attended Sandy Springs' lone "one-room" schoolhouse until he enrolled in and graduated from Manchester High School in 1955. He attended night school at the University of Cincinnati until he entered the U.S. Army in 1955. He was ultimately stationed in Fairbanks, Alaska. He was often quoted as saying he survived the "Great Battle of Alaska." While stationed in Alaska, Marvin learned skills which formed the basis of his lifelong work as a machinist at General Electric and Hughes Aircraft. Upon his discharge from the Army in 1958, Marvin returned home to Sandy Springs, Ohio, where he met the love of his life, Jacqueline Salsbury of Buena Vista, Ohio. They married in 1960. They had two children, Laurie (Earl) and Philip (Heather). Marvin and Jackie eventually moved to Tucson, Arizona in 1973.
Marvin was an avid learner and reader. He was quick with a trivia answer and could name all the Presidents of the U.S. in order. He was never far from of his beloved dog, Toby. Later in life he developed a fondness for crime novels, and virtually walking the streets of cities of the world on Google Earth. Marvin was a devoted father of his children, and he was especially proud of his four grandchildren: Ryan, Hannah, Zachary and Zane. He was fortunate to be introduced to his great grandson, Theo shortly before his passing. He was a true friend and maintained close bonds with family and friends in Ohio and Arizona for over fifty years of friendship. Marvin will be missed by his many relatives including his sister, Pauline Cobb of Tennessee, and nieces and nephews as well as many cousins too numerous to mention. He was preceded in death by his parents and brother, Charles M. Thornton. hi lieu of flowers, suggested opportunities to honor Marvin T. Thornton may be made to one of the following organizations: The Humane Society of Southern Arizona, 635 W. Roger Road, Tucson, AZ 85705; or Tucson Rescue Now, 2905 E. Skyline Drive, Ste.208, Tucson, AZ 85718. A Celebration of Life honoring Marvin T. Thornton will be held at a future date.

To send flowers to the family or plant a tree in memory of Marvin Thornton, please visit Tribute Store

Share Your Memory of
Marvin
Upload Your Memory View All Memories
Be the first to upload a memory!
Share A Memory
Send Flowers