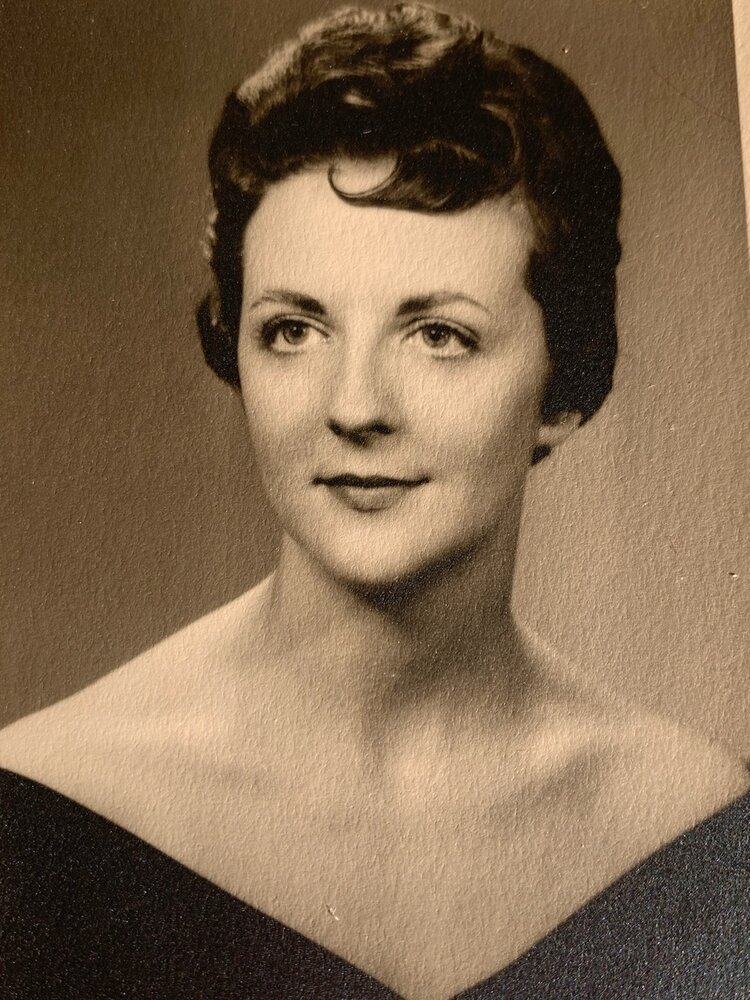 On Friday, September 16th, Theresa Mae Green of Tucson, Arizona, a devoted and adoring mother, passed away at the age of 83 from complications related to Alzheimer’s.

Theresa was born on April 25th, 1939, in Hayes, Kansas to Joseph (Jeff) and Ida Schenk. She was the third child in a large family with ten children. The family moved to Wichita, Kansas where she spent her youth. In high school, she met the love of her life, Mike. After graduation, Theresa studied journalism at Saint Louis University in Missouri. Two years later, she returned to Wichita where she and Mike married on June 4th, 1960.

Theresa and Mike, both from large families, valued the love and joy of family life. While in Kansas, they began their own family of six children:  Larry, Ronald, Darren, Tom, Peter, and Kathleen. Theresa accomplished what she wanted in life - to love, be loved, and to have a large, loving family. The Catholic faith guided Theresa throughout her life.  Both Theresa and Mike were devoted Catholics and cherished the parishes to which they belonged.

In the early 1970s, Theresa and Mike moved their young family to Tucson, Arizona to pursue a life in the desert. Theresa worked at the Tucson Police Department where her journalistic attention to facts and details, her typing speed, management, and organizational skills promoted her to manager of data entry.  In their middle years, Theresa and Mike followed jobs to Southern California, calling Orange County home for some ten years.

But Tucson had a special place in Theresa and Mike’s hearts. After Mike’s retirement, they returned to the “Old Pueblo” where Theresa became active in Saint Pius X Catholic Church. She helped with church services, local events, and eventually enjoyed a role as a Eucharistic Minister. She was also a skilled quilter and began a quilting group that she organized and nurtured, giving her a creative outlet. She also enjoyed cooking, sewing, and of course, her growing family.

Theresa was known for her sense of humor, wisdom, organizational skills, and infinite patience. She was an endearing wife, an affectionate mother, and caring to those who knew her. Theresa will be missed by all who loved her. She is survived by four siblings (John, Joanne, Cottie, and Phil), her six children, eleven grandchildren, and 7 great-grandchildren.

In lieu of flowers, the family would appreciate donations to the Alzheimer’s Association, alz.org.

To send flowers to the family or plant a tree in memory of Theresa Green, please visit Tribute Store
Thursday
22
September

Share Your Memory of
Theresa
Upload Your Memory View All Memories
Be the first to upload a memory!
Share A Memory
Send Flowers