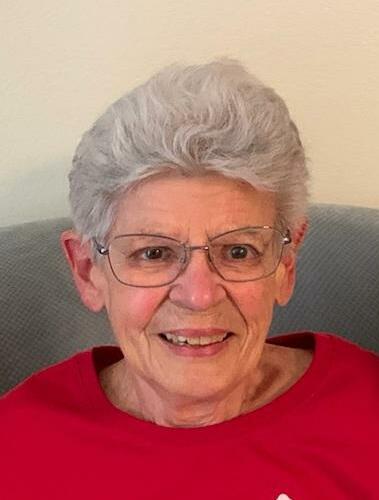 Anne Marie was born in New Jersey in 1935 to Patrick J. and Mildred DeLuca (Fiore). She was raised in Madison, NJ and graduated from St. Elizabeth University (known then as the College of St. Elizabeth in Morristown, NJ) in 1956 with a Bachelor of Science degree in biology.

After an early career as a neuroscience researcher at the Massachusetts Institute of Technology, she moved to Bethesda, MD, where she worked as a radiation biology researcher at the National Cancer Institute, part of the National Institutes of Health. Her work explored new radiation delivery techniques for cancer patients, and she developed humane procedures for animals involved in research. She authored or co-authored 34 scientific papers and was a co-inventor of a US patent granted in 2006.

She retired from her research career and moved to Tucson, AZ in 1997. In retirement she traveled around the world learning about different cultures and devoted time to knitting, needlework, and reading novels set in the American southwest. Following her career interests, she volunteered time in retirement to Tucson Medical Center, the University of Arizona, and the Humane Society of Southern Arizona.

She was an inspirational woman to many, especially her nieces and great-nieces, who called her “Auntie Ree.” She supported their educations and encouraged them to explore their interests.

A memorial service will be held on Sunday, September 25, 2022, at 11am at SS Peter and Paul Church on Campbell Avenue in Tucson, AZ. In lieu of flowers, Anne Marie asked that donations be made in her memory to the Community Food Bank of Southern Arizona.

To send flowers to the family or plant a tree in memory of Anne DeLuca , please visit Tribute Store
Sunday
25
September

Share Your Memory of
Anne
Upload Your Memory View All Memories
Be the first to upload a memory!
Share A Memory
Send Flowers