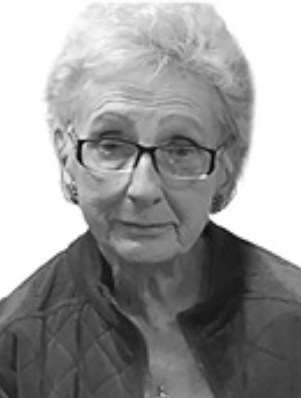 On the morning of Thursday, August  18, 2022, Terri Wojciechowski passed away at the age of 84. She was born on August 21, 1937 in Erie, Pennsylvania. Terri was a beloved wife to her husband, Bill and mother to six children, Daniel, Jill Ann, Marc, Katrina, Scott and adopted daughter Cindy. She is also survived by her stepsisters Debbie Bunce and Mary Ann Makarewicz and a stepbrother Joe Omen. In addition to her six children, Terri was the grandmother to nine grandchildren and the great grandmother of five. During their 62 years of marriage, as a result of Bill’s 28 years of Air Force service, Terri traveled the U.S. and abroad. While managing her family, Terri was an active school mother, a fully engaged and supportive officer’s wife, while still being able to manage a business career as an assistant controller, and a bank personnel and trust officer. After their Air Force service, Terri and Bill moved to Pratt, Kansas starting their second careers, he as a college president and she as the assistant director of Parkwood Village, then, a new assisted living facility and later supervising the Alzheimer’s unit which she always said was her most challenging and rewarding position. Burial will be at Lakeside Memorial Gardens in Eustis, Florida. Memorials can be directed to her favorite charity, The City of St. Jude in Montgomery, Alabama.

To send flowers to the family or plant a tree in memory of Theresa Wojciechowski, please visit Tribute Store
Thursday
25
August

Share Your Memory of
Theresa
Upload Your Memory View All Memories
Be the first to upload a memory!
Share A Memory
Send Flowers