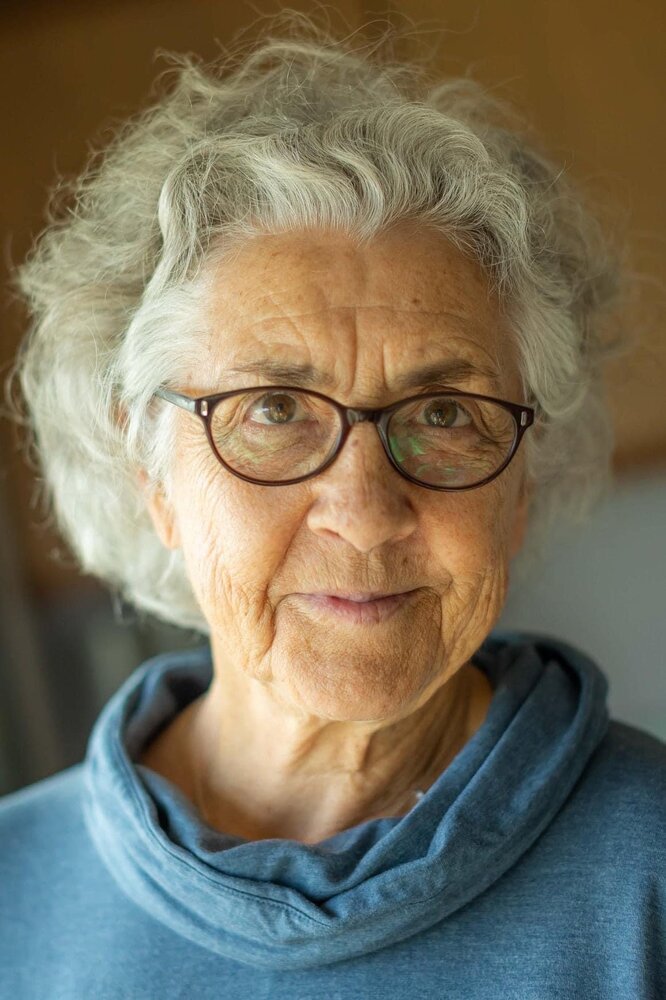 Floy Sliger Parkhill was born in Kingston, Oklahoma to A.G. Sliger and Shelah Sullivan Sliger on September 26, 1945 and passed away on July 23, 2022 in Tucson, Arizona.

A graduate of Madill High School, Murray State College, and the University of Oklahoma, she earned her MBA from Oklahoma City University while working full time at MSC, eventually becoming Director of Financial Aid and IT Director at St. Gregory’s University in Shawnee, Oklahoma, retiring in 2007.

She gardened, landscaped, and delighted in renovations of the 1912 era home in Tishomingo, Oklahoma which for 36 years was home base for memorable Thanksgivings, and summer grandparent camps for her grandchildren, family, and friends.

The dedication she gave to family, home building, and her career, she also gave to her community. She helped establish the first chapter of the American Association of University Women and the first youth soccer league in Tishomingo, and she was among the founding members of CPASA, Citizens for the Protection of the Arbuckle-Simpson Aquifer. She served on the board and as president, working tirelessly in CPASA's efforts to achieve sustainable water management practices, establishing for the first time in Oklahoma water law the interconnection between groundwater and surface water.

Moving to Tucson, Arizona in 2016, Floy volunteered for the League of Women Voters of Greater Tucson, recently receiving their annual "Leaguer of the Year" award.

Even during the last two years of Covid and with her medical care for leukemia, she remained active with the League, hiked the Yetman Trail, birded in Madera Canyon and Sweetwater Wetlands, read, played ukulele, and rose early to watch the sun rise until her last hospitalization.

She was a devoted daughter, sister, friend, spouse, neighbor, and especially, a mother to Bret and Val, a grandmother to her grandchildren, and loving wife to the guy she asked out on a date 56 years ago.

She is survived by her husband, Lewis Parkhill, of Tucson, Arizona; her son, Breton Parkhill, and his wife Nikki, of West Des Moines, Iowa; her daughter, Valerie Greenhill, and her husband Andrew, of Tucson, Arizona; her sister, Carolyn Sadler, of Shawnee, Oklahoma, and her brothers: Wilburn Andrew Sliger, and his wife Melba, of Martin, Tennessee; Wayne Sliger, and his wife Anna May, of Lebanon, Oklahoma; and Kenneth Joe Sliger, of St. Louis, Missouri; her four grandchildren, Madison Parkhill of Des Moines, Iowa; Adam Krueger of Altoona, Iowa; Sophia and Dylan Greenhill of Tucson, Arizona, and many nieces, nephews and friends.

A sunrise memorial service was held in Tucson on July 30, 2022.  In her memory, please consider a donation to a charity of your own choosing or to one of the causes  Floy supported:

CPASA (https://www.cpasa.net), the Community Food Bank of Southern Arizona (https://www.communityfoodbank.org), the Leukemia and Lymphoma Society (https://www.lls.org) the League of Women Voters of Greater Tucson (https://lwvtucson.org), and The Nature Conservancy (https://www.nature.org/en-us/.

Share Your Memory of
Floy
Upload Your Memory View All Memories
Be the first to upload a memory!
Share A Memory