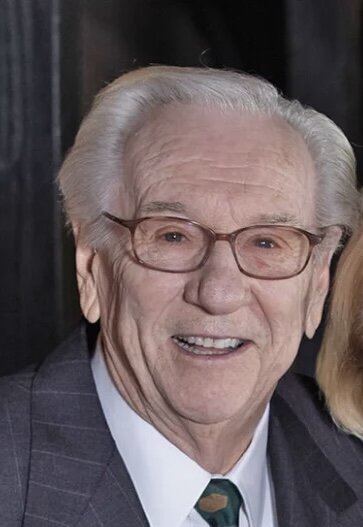 Don was a man of faith who was devoted to his family. If you knew Don Redman, then you know that the size of his heart could only be beat by the size of his dreams. He had the spirit of an entrepreneur and followed his passion in building his businesses. He felt fortunate that he was given the opportunity to use his gift in starting his first company Arizona Medical Supply in 1963. With the company becoming a great success he sold this business on his 49th birthday in 1984. His entrepreneur spirt couldn’t be tamed and he then started Redman Power Chair in 1985.

Don proudly served in the United States Coast Guard. In 1952, Don lived his dream to become a pilot. With his love, ambition and desire for aircraft he became a pilot.Then achieved instrument rated in single and twin engine,fixed wing, jet and helicopter flight. Don had a passion for any automobile especially if it was fast, bright and classy.He valued comradery and education as he was a Tucson Rotarian sponsor.  Don made several contributions to the Paul Harris Follows throughout his time with The Rotary Foundation. Also, Don was a 55 year member of Tucson Masonic Lodge #4, Scottish Rite, & Sabbar Shrine.

Although he is greatly missed, his family and friends are blessed to know he is now with our Lord. They find great comfort in knowing they will be reunited and will see him again.

Family and Friends will gather to Celebrate his Life.

In lieu of flowers our family would be honored if you would make a contribution to your favorite charity in Don’s name.

To send flowers to the family or plant a tree in memory of Don Redman, please visit Tribute Store

Share Your Memory of
Don
Upload Your Memory View All Memories
Be the first to upload a memory!
Share A Memory
Send Flowers