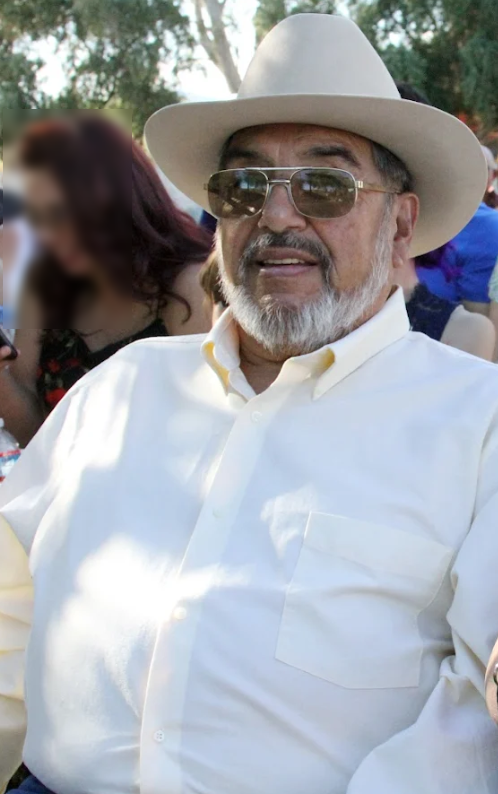 Richard “Dick” R. Silva, 78 of Bisbee, passed away on July 22nd at Tucson Medical Center surrounded by his family after a long battle of multiple illnesses. He was born in Ft Huachuca, AZ on Feb 19, 1944, son of Roberto & Aurora Silva. After WWII, Ft Huachuca closed, and the family moved to Bisbee when he was three years old. He was one of eight siblings: three brothers (Henry, Roberto, and Bill) and four sisters (Gin, Laura, Pat, and Cecelia). He served in the US Navy 1961-1965 and then returned to Bisbee where he met the love of his life, Mary Tate, at the Bisbee Drive-In. Richard married Mary on July 2nd, 1966 and had three children. He worked as a miner for Phelps Dodge until it closed in 1975. He was a Bisbee firefighter and then an ambulance driver at Ft Huachuca Hospital. He retired as Gym Manager of Barnes Field House on Ft Huachuca in 2006. He loved to fish, hunt, and camp with family.  He touched many people along the way, but most of all, he will be missed greatly. He was preceded by: father, Roberto, mother, Aurora, and brothers, Henry, Roberto, and Bill. He is survived by wife, Mary, and children; Rich (Shannon), Michael (Cheri), and Jennifer Cass; sisters, Virginia Perry (Daryl), Laura Chavez (Mark), Patricia Silva, and Cecelia Delgado (Jose); 7 Grandchildren & 6 Great Grandchildren.

To send flowers to the family or plant a tree in memory of Richard Silva, please visit Tribute Store