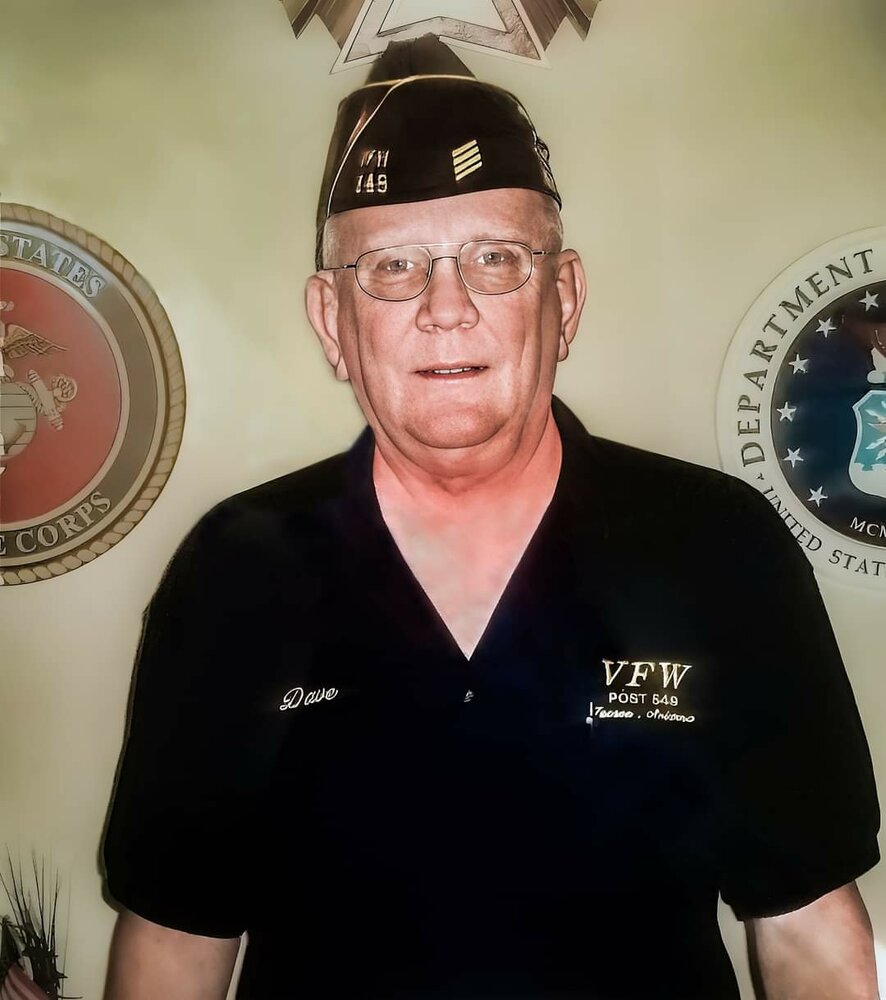 Master Sargent David Ole Olsen, 71, of Tucson, AZ was born on October 25, 1950 in Chicago, IL and passed away on July 30, 2022. In his 21 years of duty to the United States Air Force Reserves, he was proud to have served his country. This included his time serving three tours in the Vietnam War, as well as Desert Shield in the first Gulf War. MSGT Olsen worked for IBM for 34 years starting out as a typewriter repair tech and moving into hardware support where he eventually moved from the Chicago office to the Tucson office. He loved all forms of transportation, including Jeeps, trains, motorcycles, and Mustangs.
After his retirement from IBM, MSGT Olsen became actively involved in the VFW Post #549 in Tucson, AZ, eventually serving as Post Commander twice. He was recently selected to join the Southern Arizona Honor Flight group that went to Washington D.C. in March of this year. He enjoyed spending time with his family, including his grandchildren. David's passion for baseball was well known, and extended into his coaching years and umpiring.
MSGT Olsen is survived by his wife Therese (nee VANGSNESS) Olsen, his three children Marie (Corey) Currie, Robert Olsen, and Anne (Jeremy) Guest, his six grandchildren Zachary, Abigail, David, Jason, Jacob, and Emmaline, his three siblings Douglas (Kathy) Olsen, Diane (Phil) Robinson, Donald (Wendy) Olsen, several nieces, nephews and cousins. He was preceded in death by his parents Ole and Ruth Olsen, his grandparents, and his aunt and uncle.
Services will be held on Wednesday, August 17, 2022 at 10:00am at Brings Funeral Home 6910 E Broadway Blvd #2803, Tucson, AZ 85710 and he will be interred at the Marana Military Cemetery 15950 N Luckett Rd, Marana, AZ 85653. The family requests in lieu of flowers to please make a donation to the VFW Post #549 Relief Fund.

To send flowers to the family or plant a tree in memory of David Olsen, please visit Tribute Store
Wednesday
17
August