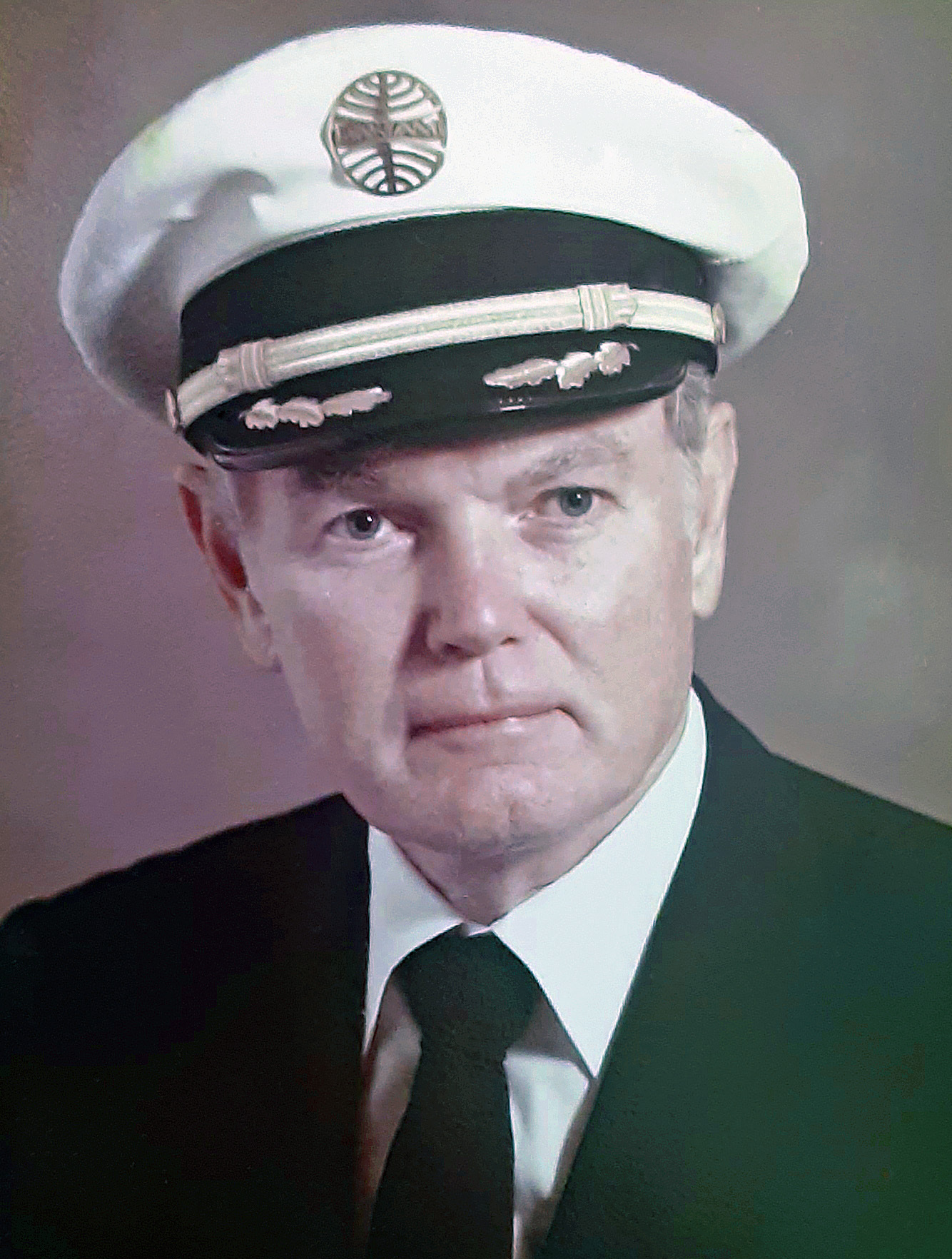 James “Jim” McIver Harrell passed peacefully on July x, 2022 at his assisted living in Tucson, Arizona after enduring Alzheimer’s disease for several years. He was 94 years old and was preceded in death by his first wife Irina Harrell, his second wife Jean Harrell, his brother Robert Harrell and sister Marguerite Menzel. He leaves behind his sister Joyce Beer, his son James Harrell, Jr. of Vail Arizona, his stepson Jay Hughes of Cocoa Beach Florida, and grandchildren Elizabeth Harrell, Wesley Harrell, and Jason Hughes.

Jim was born in Mullins, South Carolina in 1928, His family moved to Stuart, Florida when he was very young and he graduated from Martin County High School in 1946. Jim loved flying and learned to fly a Piper Cub in Ft. Pierce Florida and soloed when he was 16. He entered the Navy V-5 Flying program in 1946 and soon after became a Naval Aviator. He did a European tour on the Midway Aircraft Carrier in 1950, flying AD-1 Sky Raiders. Jim had a long carrier with the Naval Reserve and flew many types of Navy aircraft besides the AD-1, including the F4U Corsair, Panther, Banshee and Cougar jets. In the mid 60’s Jim was the Navy Reserve Commander of VR-743 at Jacksonville NAS and his group made several cargo resupply missions to Da Nang, Viet Nam flying C-118 transports. Jim ended his Naval Reserve career in 1971.

Jim received a BA degree in Education from Stetson University in 1953 and briefly taught science and physical education at a Palm Beach Florida High School.

In 1955 Jim joined Pan American World Airways. During his 32 year long career with Pan Am he lived and was based in San Francisco, Miami and New York JFK. Jim flew Douglas DC-4 prop airliners in the beginning, then progressed to the Boeing 727, 707, and 747. Jim retired from Pan Am in 1988 as a Boeing 747 Captain.

Jim was an avid golfer and tennis player, He also loved sailing and sport fishing with his buddies in the warm waters of Florida and the Bahamas.

Services are unknown at this time.

To send flowers to the family or plant a tree in memory of James Harrell, please visit Tribute Store