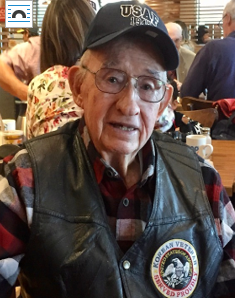 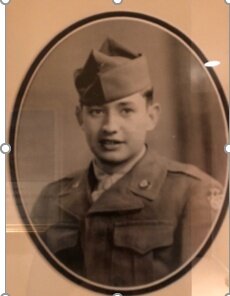 MR. JOHN ANTHONY GARCIA, JR., 93, of Tucson, Arizona, passed away on June 14, 2022.  He was born in Pasadena, TX, on November 8, 1928, to the late John Anthony Garcia, Sr. and to Soledad Solis Garcia, both from Houston, TX.  Mr. Garcia served in the US Army Air Corps which was later named the US Air Force in 1947.  He served during the Korean War where he was injured in combat and was honorably discharged and medically retired.

Mr. Garcia began working with the US Government, General Services Administration (GSA) and promoted to the grade of GS-13.  He served in several locations in the Western Pacific Region, stationed in Okinawa, Japan, where he met and later married his surviving wife of 41 years, KAZUKO (KAY) KINUO GARCIA in 1981.

He transferred to Tucson, Arizona where he was the Chief Custodian Officer for the Military Aircraft Storage and Disposition Center at Davis Monthan Air Force Base. He was responsible for reallocating military aircraft for civilian usage. He provided numerous air assets to law enforcement and firefighting agencies throughout the US.

He always enjoyed sharing his stories and experiences during his tenure in the military, and his knowledge of military aircraft.  He retired from GSA in 1990.

After retirement, he worked as a part-time employee with the Tucson Unified School District for the next 22 years as a school crossing guard.  During his tenure, he watched many children grow up and was inspirational to many who would come back and visit him.

Mr. Garcia is survived by several nieces, nephews, and cousins, located throughout California and Texas.  He was preceded in death by his brother, Gabriel, sisters Emma Uresti and Manuela (Mamie) Garcia.

He will also be remembered for his love of dancing, hiking in the Tucson area and travelling in his RV throughout North America. He had traveled all over the world.  He was responsible for relinquishing numerous aircraft artifacts to the Pima Air Museum and to the movie industry.

To send flowers to the family or plant a tree in memory of John Garcia , please visit Tribute Store
Friday
22
July