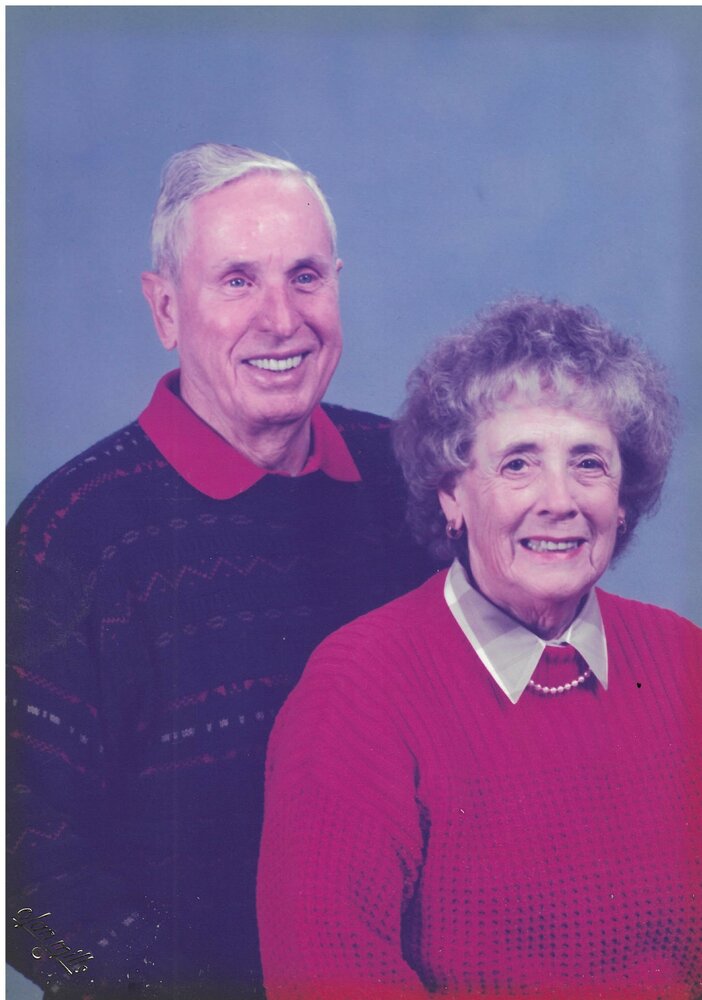 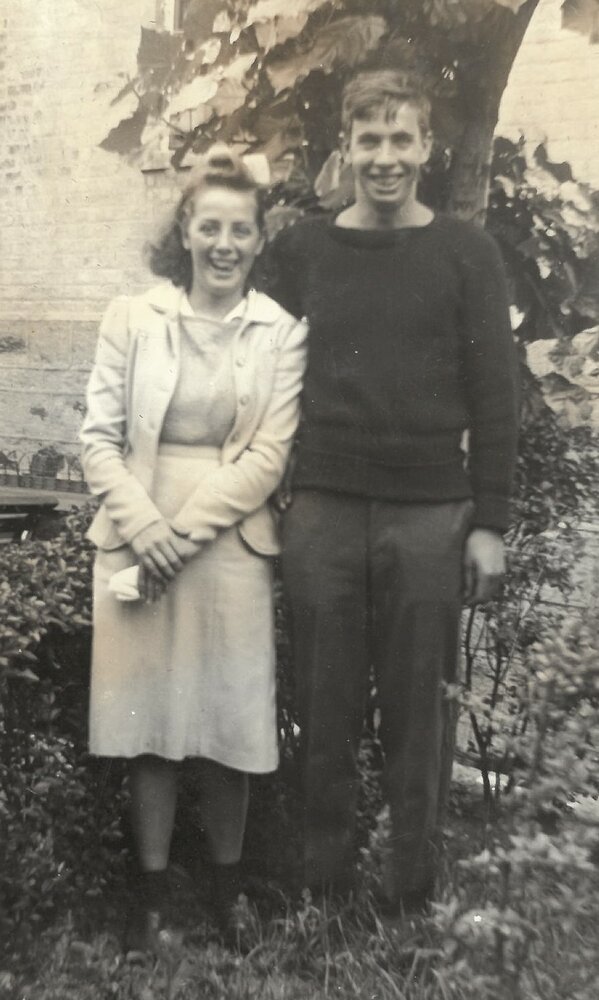 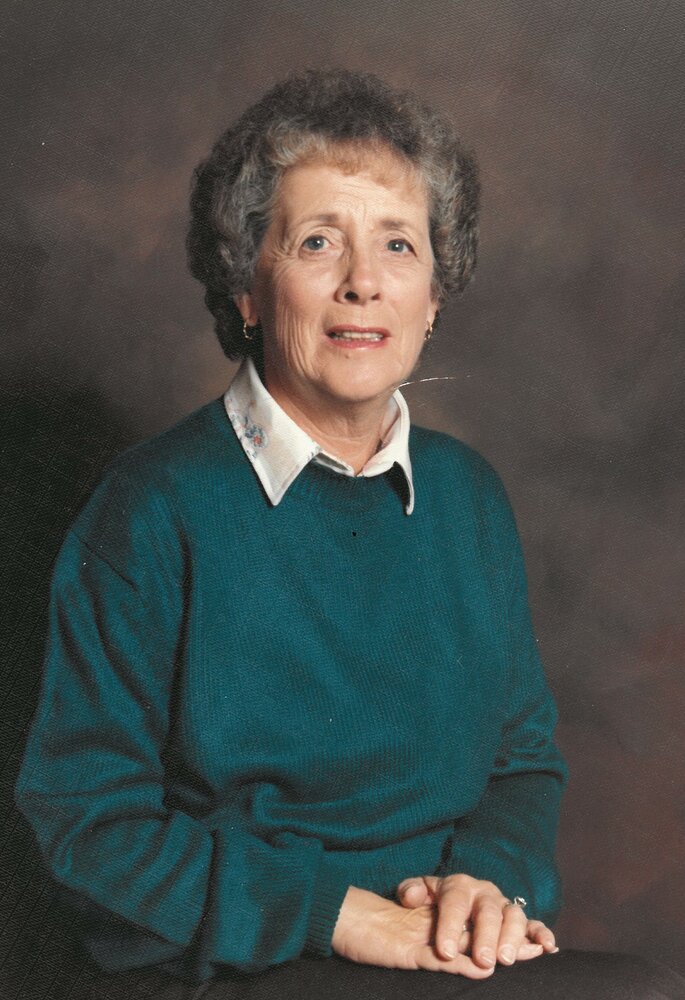 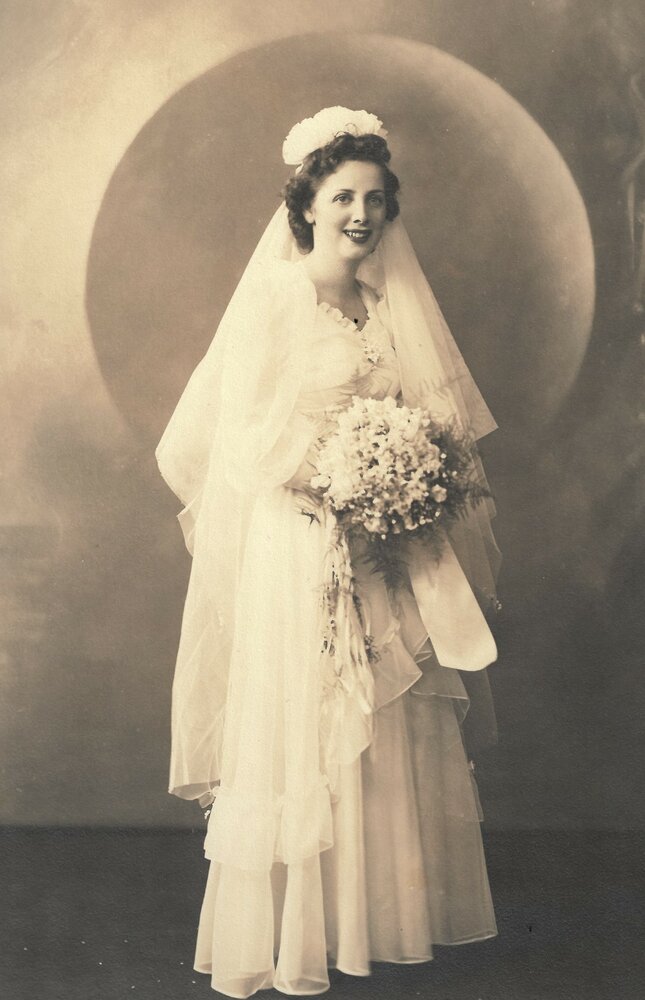 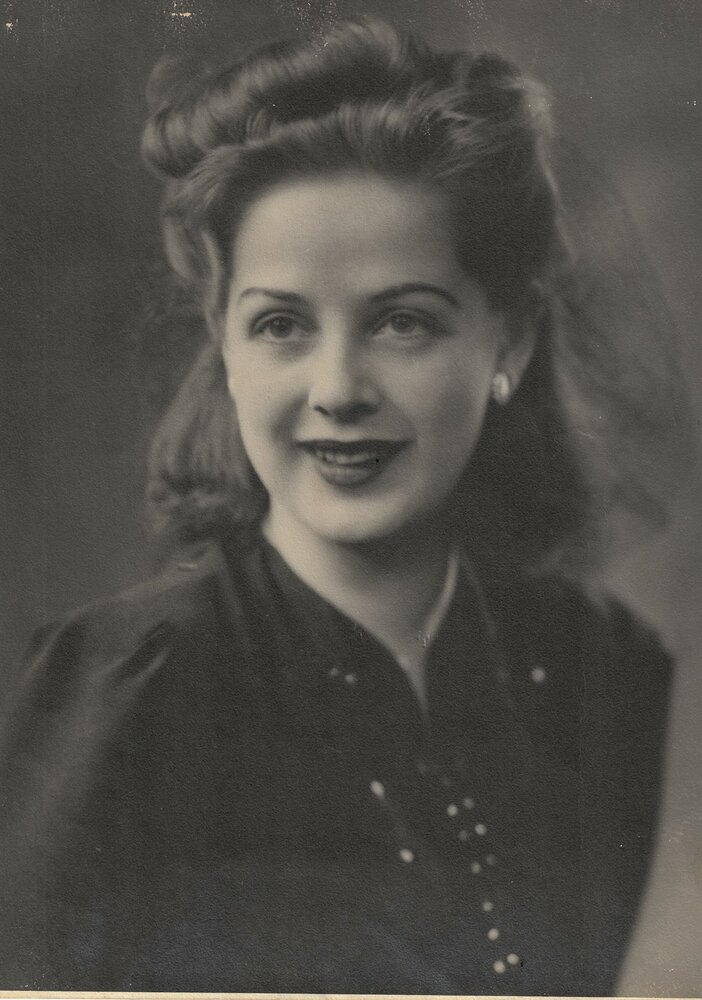 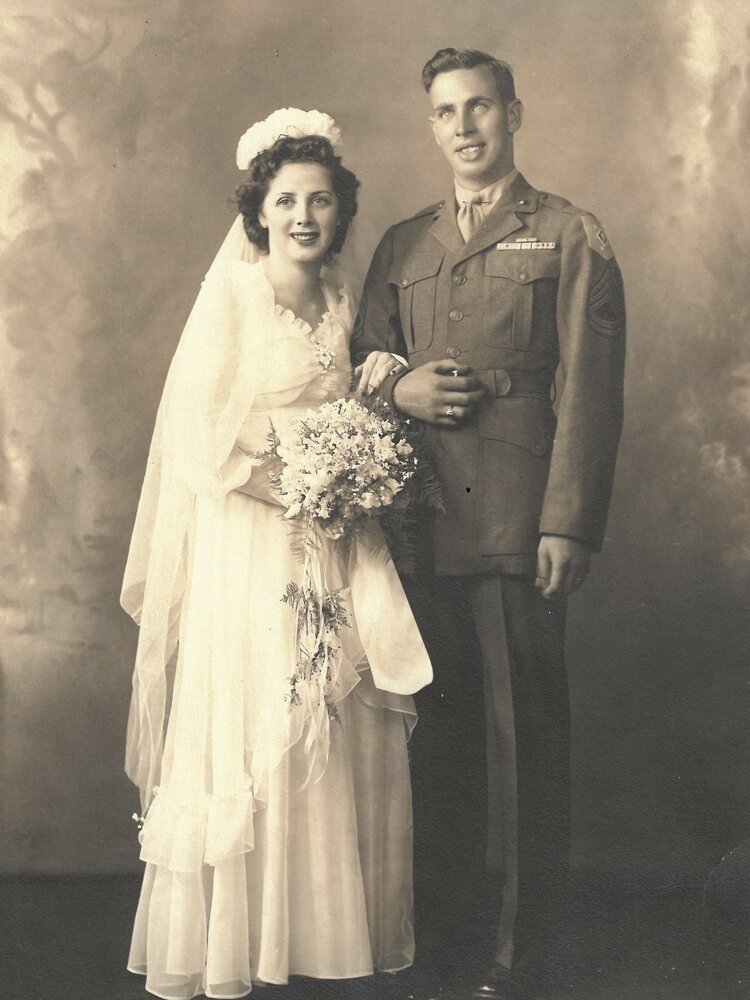 On July 9, 2022, Virginia Dugan went to our Lord's embrace. Virginia, or as she was known affectionately as 'Ginny', was born on December 27,1926 in the Bronx, New York. She was born to Gertrude (Healey) Frey and Amandus Frey at their home.
Virginia graduated high school and married her childhood sweetheart, Arthur Dugan, on June 3, 1944, during World War II. Virginia raised two daughters as a Marine Corps spouse during the 1950's and 1960's. After Arthur's retirement from the Marine Corps, they settled in upstate New York where Virginia worked at a bank in Pawling, New York and eventually was hired at IBM Fishkill as an Administrative Analyst.
When the opportunity arose to transfer to IBM Tucson, both Virginia and Arthur moved to Arizona. Eventually, Virginia and Arthur retired from IBM and continued to reside in Arizona for over 41 years. While in Tucson, Virginia volunteered with Arthur for the Red Cross. Virginia also loved reading, particularly murder mysteries, classic old movies, and word puzzles. After 65 wonderful years of marriage, and two daughters, Arthur predeceased Virginia 12 years ago.
Virginia Dugan is survived by daughters, Bernadette Dugan, of Tucson, Arizona, and Kathleen Ross, of Naples, Florida. She also is survived by two grandchildren, Adina Torberntsson (spouse, Dr. Peter Torberntsson) of Denver, Colorado, and Jared Ross, Esq. (spouse, Suzy Ross) of Plantation, Florida. In addition, she is survived by two great grandchildren, Stellan and Sofia Torberntsson.
In lieu of flowers, donations can be made to Virginia's favorite charity St. Jude's Children's Hospital of Memphis, Tennessee.

Share Your Memory of
Virginia
Upload Your Memory View All Memories
Be the first to upload a memory!
Share A Memory