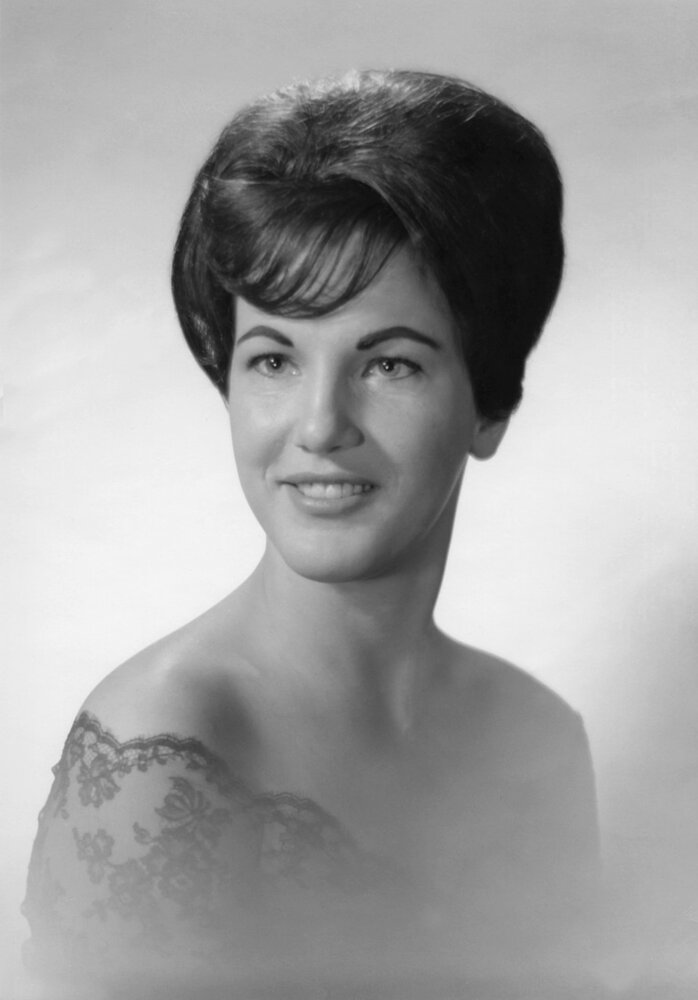 Bea Bigelow, beloved wife, mother, and grandmother passed away peacefully at her home on June 14, 2022, surrounded by her family. Bea was born Myra Burnese Fuller to the late Arthur and Kittie (Norton) Fuller on March 9, 1941, in Douglasville, Georgia. She was educated at Hapeville High School outside of Atlanta and attended Duke University on an academic and tennis scholarship. Bea was living in Boston, working as a flight attendant for Eastern Airlines, when through a blind date, she met her future husband, Air Force pilot, Richard (Dick) Bigelow. After a whirlwind courtship, they were married 3 months later. Bea was an avid athlete, excelling in tennis, basketball, and bowling. She was involved in many activities and titles including President of the Officer’s Wives Club and President of both the Santa Rita Little League & East Side Pony League.  With Dick, they were one of the founding members of the Santa Rita HS Booster Club. Bea loved cheering on her Atlanta Braves and Falcons, whether watching on TV or following the teams on her smart phone via ESPN. Moving often as a military family, Bea and Dick enjoyed raising their three children throughout the United States, with Hawaii being her favorite.  In retirement, they enjoyed vacationing at casinos in Laughlin and Las Vegas where she frequently would compensate for Dick’s losses. They also loved Rocky Point, Mexico, where she enjoyed dining on a cantina patio watching the sunset over the ocean. Bea was probably best known by the local kids as the neighborhood taxi hauling everyone around to events in her green station wagon and keeping them fed throughout the summer months. Most of all, Bea loved traditional family gatherings, cooking her favorite meals, and spending as much time as possible with grandchildren. Bea is survived by her children Richard (Sandra), Art (Kandis), Carolyn (Jon), and grandchildren Brett, Taylor (Sean), Artie (Cheryl), Trevor, Zach, Jordan, Josh, and Jamie. She was preceded in death by her parents and husband, Dick, siblings Donald, Louise (Lusk), Harold, and Gerald. A memorial service will be held at Bring’s Broadway in Tucson at 10:00 am on Thursday, June 30, 2022.

To send flowers to the family or plant a tree in memory of Burnese Bigelow, please visit Tribute Store
Thursday
30
June

Share Your Memory of
Burnese
Upload Your Memory View All Memories
Be the first to upload a memory!
Share A Memory
Send Flowers