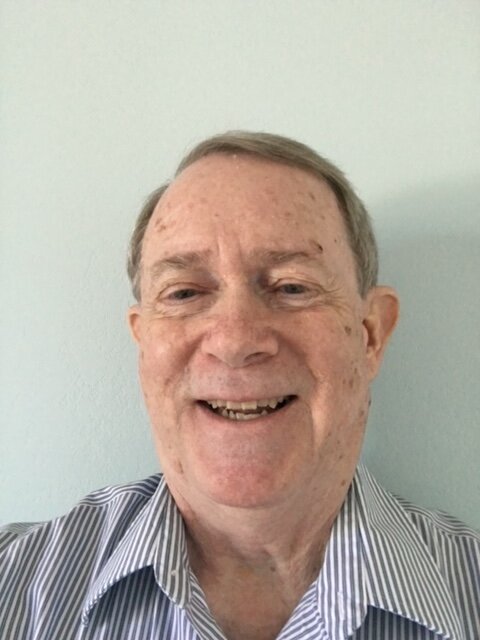 Dr. Rick Bradley passed away on Tuesday, May 10, 2022, due to pancreatic cancer. He was 73 years old. He is predeceased by his father, Gilbert Bradley, his mother, Marion Bebb Bradley, grandparents, and older brother, Larry Bradley. He is survived by his younger brother, Steve Bradley (Alicja), sister-in-law whom he regarded as his sister, Johanna or "Jana" Bradley, many relatives and so very many treasured friends here in Tucson and elsewhere around the world. Dr. Bradley was elected Student Body President of Rincon High School in 1966. He was chosen by the American Field Service to spend the year of 1967 with a South African family, the Craibs, in Natal Province and he attended a traditional boys' boarding school (segregated at the time due to apartheid.) Upon returning to the U.S. in 1968, Rick enrolled in some college classes at the University of Arizona while looking forward to beginning his freshman year at Yale University in the fall of that year. He excelled in academics and found himself drawn toward a career in either psychology or psychiatry. At the end of his junior year at Yale, he made the decision to apply for medical school. In 1972 Rick graduated from Yale earning Magna Cum Laude, Honors with Exceptional Distinction in Psychology and Phi Beta Kappa. He entered Tufts University School of Medicine in Boston and graduated in 1976. He then did his two residencies, each lasting three years, in San Diego (internal medicine) and in Tucson (psychiatry.) He became American Board certified for life in Internal Medicine and in Psychiatry (Life Fellow of the American Psychiatric Association.) During his medical career in Tucson he had his own private practice in psychiatry, consulted on cases at Southern Arizona Mental Health Center, supervised residents during their years of psychiatric training, gave community presentations to interested groups and attended many events in continuing education as presenter and attendee. Dr. Bradley remains well respected throughout the medical and psychiatric communities in Tucson and was a grateful close friend of many of his former mentors in the field. He retired happily in the summer of 2015 and maintained friendly contact with the office staff and with his close colleagues. In the spring and summer of 2021, Dr. Bradley experienced the first symptoms of gastrointestinal problems which would eventually lead to the discovery of both a primary pancreatic adenocarcinoma and a malignant pelvic sarcoma. Consultation with local oncologists and the doctors at Mayo Clinic in Phoenix resulted in his decision to choose at home hospice care (Catalina Hospice) over aggressive surgery and chemotherapy. Dr. Bradley's last months were spent doing the things he enjoyed the most in life: reading mysteries and thrillers, discussing anything and everything with his brother, Steve and his “sister”, Jana, watching U of A basketball and football on TV, visiting almost daily on the phone with his special friend, Beth, both of whom held each other in the highest esteem. When asked one time by his brother what pearl of wisdom he would like to pass on to future generations, Dr. Bradley thought quietly and then replied, "API-Assume Positive Intention. Before you get mad at what someone said, did or didn't do, before you assume they are acting against you in some way, stop and try to figure out if their real intent was to be helpful, caring, supportive and friendly because most often I have found that to be the case and it certainly can prevent a lot of misunderstandings just to clarify if there was, in fact, positive intent in the interaction." Rick would not approve of an obituary which omitted heartfelt thanks to the wonderful supportive staff of Catalina Hospice and the following admonition, which most assuredly is delivered with overwhelmingly positive intention: GO CATS!!

Share Your Memory of
Dr. Richard
Upload Your Memory View All Memories
Be the first to upload a memory!
Share A Memory