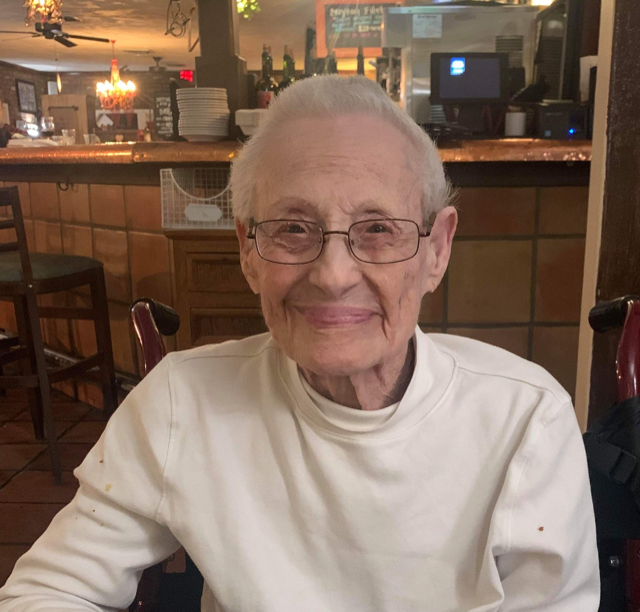 Helen Tomat (Reeves) was born January 9, 1923 in Knox County, Texas. She only attended school until fifth grade because  being the oldest, she had to take care of her brothers while her parents worked in fields. They ended up moving to California where the fields were more plentiful.

She married Charles Woodcock in 1952. They had two children, Jean and Richard. C.W. worked for the railroad which is how they came to live in Tucson. After his retirement they moved to Sacramento California. They had a home there but managed a motel in Reno, Nevada for years; Going back-and-forth. They retired a second time and ended up in Magalia,  California. She loved to garden and take care of the house, always cleaning. CW passed away in 1988. She met Joe Tomat at church and they were married in 1989 and moved to Chico, California. Once Joe passed in 2006 Helen had difficulty living on her own. She moved back to Tucson so she could live with her granddaughters Wendi, for six years, and Misti, for almost six years.

Helen is preceded in death by her loving husbands, Charles and Joe. Her brothers Gordon, Bobby, Billy, Fred, Ted, Frank and her son Richard.
She leaves behind her sister Marjorie, daughter Jean, granddaughters Wendi and Misti, grandsons Will and Jerry. Many great grandchildren and three special great great grandchildren August, Apollo and Emery.

She will be deeply missed.

Share Your Memory of
Helen
Upload Your Memory View All Memories
Be the first to upload a memory!
Share A Memory