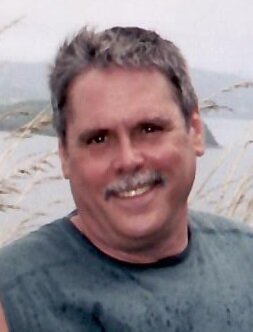 Kevin James McConnell 70, a Tucson resident of 45 years, closed his eyes for the last time Sunday May 15th, 2022 peacefully with family by his side. He left his mark on the world with his larger than life personality, bold determination to see things through and to get it right. He was a passionate and talented musician who always carried a few harmonicas in his fanny pack for a chance to jam with his fellow kitchen musicians or a mariachi band in Mexico, where he and his wife Sande enjoyed a vacation home. He brought life to the party and shared that life through his love of music and great sense of humor.

Before he ventured to the Wild West, he lived in Iowa. Born in Clinton, he was #5 of ten children to Ward and Jeanne (Mayer) McConnell, both who preceded him in death as well as his siblings Patrick, Michael, Mary, Joseph and David. He is survived by his four siblings Kathi Newman, Carol Griffith, Mark McConnell and Jamie Roling as well as many nieces and nephews are still living out their best days across the country. Additionally, he is survived by his only son, Eric, who he loved very much. Despite living in Tucson, he attended as many Devil’s Lake Family reunions that he could. Days spent catching up with the newest McConnell inductee and nights around the the campfire singing old folk songs, laughter and stories. He even drove to Colorado in the summer of 2021 to help his son, Eric remodel his kitchen.

Kevin served his country in the US Army and following his military service, obtained an associate in nursing. Kevin’s passion for adventure sent him out west to pursue a career in nursing where he worked as an RN for 45 years. He eventually landed in the Cardiac Cath lab at UMC where he found the love of his life and true soulmate, Sande.

Kevin was always a bicycling enthusiast and had profound ear for music, but as years passed new hobbies and passions emerged. They became active scuba divers that took them to locations all around the world. After retirement, When Kevin couldn’t make it to the ocean, he would clean the pool in his scuba gear and took great pride in his ability to clean the toughest spots!

In the most recent years, Kevin volunteered for Mobile Meals delivering food for those in need. He became quite the handyman around the house and learned to fix almost anything. To relax he was learning how to digitize all the music he had amassed through the years. At night he would play guitar; even started a band with a friend, called Ruff-mixx.

Everyone has a good Kevin story and if you don’t, you should stay to hear some. He was a wonderful husband, father, brother and friend. He will be deeply missed by his wife Sande, son Eric, step daughter Misha, 2 granddaughters Catherine and Shea as well as his overwhelming amount of family and friends. His favorite saying was, “What a great day to get up and take advantage of all of the wonderful opportunities this world has to offer you today!”

Share Your Memory of
Kevin
Upload Your Memory View All Memories
Be the first to upload a memory!
Share A Memory