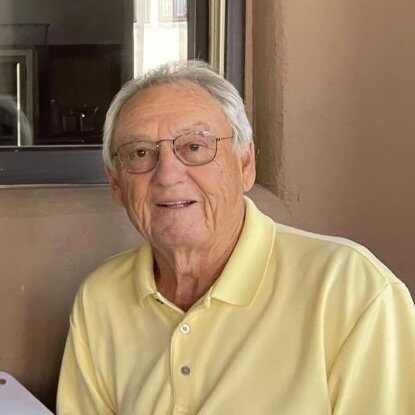 TJ “Smokeman” Monacell, a wonderful Father, Husband, Son and friend, left us on April 28, 2022, in Tucson Arizona. TJ was born in Buffalo, New York on April 9, 1943, to Patrick and Mary Monacell. He attended Salpointe Catholic High School in Tucson, graduating in 1961. TJ married Betty Jean "Hooty" Carter, another Salpointe grad, in 1964 in Tucson.

TJ had lost his beautiful wife Betty only 9 months earlier. His grief was profound as he searched through his Christian beliefs to understand. Near the end, he came to terms with God's plan and sovereignty in our lives. He understood that God has a reason for everything and that Betty was in a better place.

There is some solace knowing that TJ is now with his beloved wife, Betty (and son Matt), in heaven. We who are left here on earth with miss him and we will all have a void in our lives.

TJ was preceded in death by his parents and his youngest son, Matt. TJ has two surviving sons Michael and Mark. Three grandchildren Sydney, Samantha, and Carter. He also has three great grandchildren, Jackson, Lucas, and Lincoln.

TJ and Betty were very supportive of three charities: Gospel Rescue Mission, St. Jude Children’s Research Hospital, and the Humane Society of Southern Arizona. It was TJ's wish not to have a service upon his passing. In lieu of a service or flowers, he would be very pleased with a contribution to one of the above charities in his name.

Share Your Memory of
Timothy
Upload Your Memory View All Memories
Be the first to upload a memory!
Share A Memory