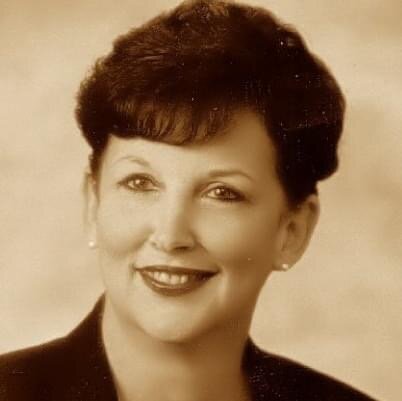 Mary White Lane Friedrichs was born in Tuscaloosa, Alabama on October 23, 1948 to Rowan James And Anne Lane. Mary‘s father was in the Air Force so she was on the move from a young age traveling to Korea and other areas in the US. The family moved to Tucson in 1964 and Mary has been here ever since.

She graduated from Palo Verde high school in 1966 and she married her high school sweetheart not long after. They had their first daughter, Wendi, in 1968. Then their second daughter, Misti, came along in 1977.

Mary was in the banking industry for over 45 years. She started as a teller and made her way up to branch manager. During this time she also had side businesses. She would make macramé and sell it at the swap meet. She started weaving baskets sold them at many craft shows in the United States. She also sold eBay online.

Mary and Larry married in 1988 and started Cactus Country Kennels in 2003. Mary has delivered over 74 litters of puppies in her home. The business was just sold this last year due to her recent failing health. She loved all of her dogs and all of her puppy families.

She wish she had more time with Addison, Aubrey, Raylin,

She said they were simply the best!!

To send flowers to the family or plant a tree in memory of Mary FRIEDRICHS, please visit Tribute Store
Friday
6
May

Share Your Memory of
Mary
Upload Your Memory View All Memories
Be the first to upload a memory!
Share A Memory
Send Flowers