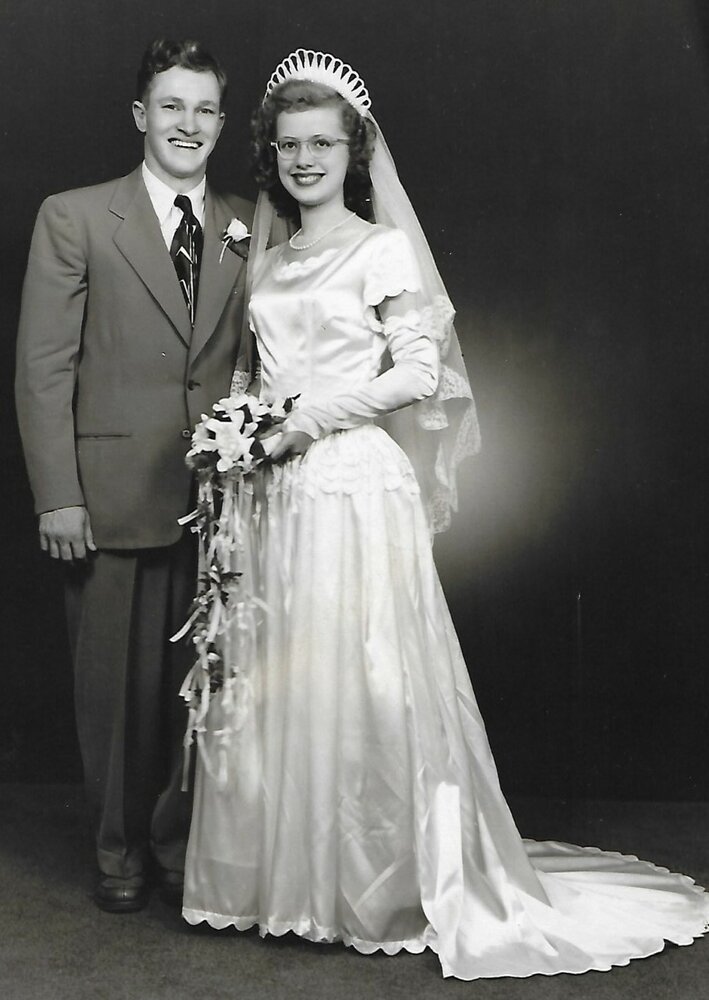 Gladys Long was born in 1928 in Lancaster, Pa to Laura and Henry Hinerdeer. She was the second of five children. She married James Long in 1948. They had 3 sons, Tim, Ted, and Tom.

She and Jim circled the globe several times as missionaries in the 1960s, primarily in the Philippines. Then around the US following Jim as he preached at various churches. They spent their last few years together in Camp Verde, Az.

Gladys was a lifelong learner and always wanted to stay on top of the current technology. She even learned how to Zoom in the last years of her life. She received an AA and worked for accounting firms and was a tax consultant.

Gladys was a devoted wife, loving mother, and a dedicated and involved grandmother. Her time with her family was her most precious moments. She loved playing games at the kitchen table with her sons and grandchildren. Rummikub was a favorite especially when her mobility declined.

She was always proud of her sons, daughters-in-laws, and grandchildren and would take every opportunity to brag about their latest accomplishments and life milestones.

She passed peacefully on April 5th, 2022, after several years of declining health.

She is survived by her three sons, their spouses, Laurie, Judy, Margie, and three grandchildren, Zachary, Kyla, and Becca.

Share Your Memory of
Gladys
Upload Your Memory View All Memories
Be the first to upload a memory!
Share A Memory