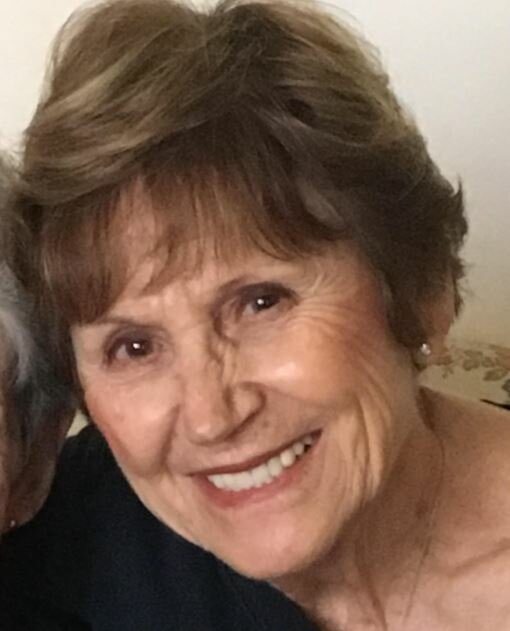 Dorothy Ragel entered into heaven to be with Jesus on March 25, 2022 after a brief illness, followed by hospice care with Casa de la luz Hospice and the Catalina In-Home Care team. Dorothy was born on July 14th, 1934, in Kansas City Missouri to Simone Perri, an immigrant from Calabria, Italy, and Teresa Salerno who was born in Trinidad, Colorado. When Dorothy was 4 years old, her mother died giving birth to her 13th child, and was first sent to be raised at St. Anthony’s Children’s Home, then at St. Joseph’s Home for Girls. After her father relocated to Tucson for treatment of asthma, he married again to Maria Jesus Salgado, and Dorothy was then reunited with her brothers and sisters in Tucson in 1945. While growing up in Menlo Park, she attended the Immaculate Heart Academy, and then studied at Lamson Business College. Dorothy worked for the Austad Steel company as a stenographer, where she met her future husband, Eugene Ragel Sr., who also worked there as a foreman. They eloped to Lordsburg, N.M. in 1953 and had 5 children over the next decade. Gene Sr. was a pioneer in the Tucson swimming pool industry and founded Patio Pools in 1969. After the untimely death of Gene Sr. in 1982, Dorothy took the helm of the company, and guided the business to success. She served as the President of Patio Pools, actively working with her children to continue building the business, until her retirement in 2016. She is survived by her brothers Jim, Matthew and Albert and sisters Virginia and Frances. Dorothy is also survived by her loving children, Carl, Gene Jr. (Nicole), Mark (Leanne), Christine (Fernando) and Jon. Dorothy also leaves behind her beloved grandchildren, Ben, Katie, Courtney, Nick, Jennifer, Stephanie, Kali, Jessica, ER, Dante, Hugo, Max and great grandchildren, Anthony, Savannah, Bennett, Morgan, Natalie, Jackie, Graham, Taelyn, Blayze, Trypp, Quayd and many nieces and nephews. Dorothy is preceded in death by her husband Eugene Sr., brothers and sisters, Peter, Frank, Mary, Simon, John, and Mary Mona Lisa. Dorothy loved to travel throughout the United States, going on cruises and visiting various countries in Europe, and also religious pilgrimages. She also enjoyed spending time with her wonderful friends, and especially loved gathering with her family, including her 12 grandchildren and 11 great grandchildren, and 10 brothers and sisters. She was passionate about UofA Basketball, playing dominos and spending time on Mt. Lemmon. Dorothy lived a life dedicated to her deep Catholic faith and her love of God and the Blessed Mother Mary. Her children will hold a celebration of her life on April 29th at 9:00 a.m. with a rosary service, followed by a 10 am memorial mass at St. Pius Catholic Church located at 1800 North Camino Pio Decimo. In lieu of flowers, a donation in Dorothy’s name could be made to the Marianist Missions or the Eternal World Television Network

To send flowers to the family or plant a tree in memory of Dorothy Ragel, please visit Tribute Store
Friday
29
April

Share Your Memory of
Dorothy
Upload Your Memory View All Memories
Be the first to upload a memory!
Share A Memory
Send Flowers