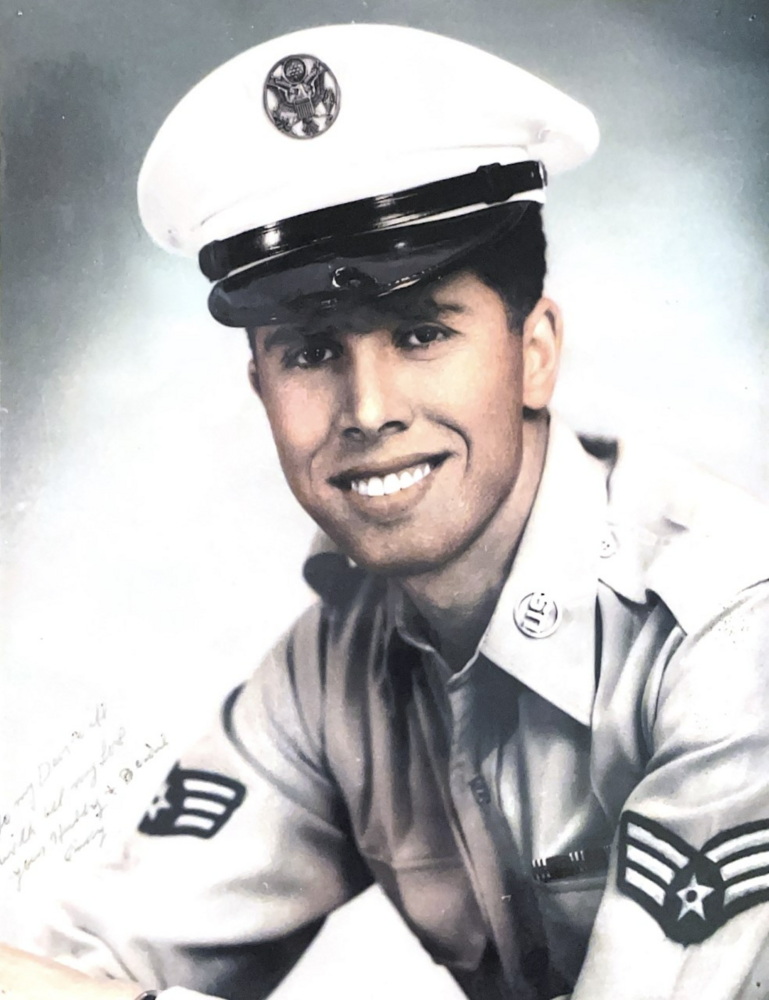 Andy O. Molina, son of Octaviano and Ignacia Molina, was born on November 27, 1936 in Winslow, Arizona. Andy went to his final resting place with our Lord Jesus Christ on March 17, 2022.

He was preceded in death by his siblings, Frank, Johnny, Roger, Rose, Trina, and Irene.

Andy enlisted in the Air Force in 1953 and served his country abroad for many years. He fell in love and in 1961 married Susana Corral. He was married to Susana for 42 years until her passing on November 23, 2003. He later married Olga Ramirez in 2007, until her passing on August 18, 2021.

During his 42 years together with Susana, they spent their time traveling across the country and the world. In the midst of deployment, their eldest, Debra was born in Okinawa, Japan and their son, Andrew was later born in California. During his 24 years in the Air Force, Andy received many accolades for his service including The Airman’s Medal for Heroism. He was stationed across the world including Guam and Spain. He was last stationed at Davis Monthan Air Force Base and retired.

After his military retirement, he went on to work as a Corrections Officer with the Arizona Department of Corrections and then as Security Agent for the Tucson Unified School District.

Upon his retirement he was often found chatting with his favorite neighbors Alanzo Castaneda and Louis Gillia.

Loved by all his family and friends he will be missed and remembered forever.

Share Your Memory of
Andy
Upload Your Memory View All Memories
Be the first to upload a memory!
Share A Memory