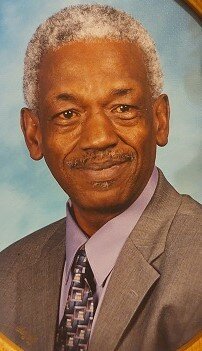 On March 9, 1938 Clarence Brown blessed the world with his presence, becoming the son of the late Cornelius & Thelma Breaux-Brown in New Orleans, LA. Deacon Brown graduated from Walter L. Cohen High School in New Orleans, LA. He studied at Xavier University in New Orleans and at Pima Community College of Tucson, Arizona. On February 15, 1961 he enlisted into the United States Air Force. During his tenure in the military, he served as a Maintenance Analysis Technician in Aerospace Weapons Systems and a Vehicle Operations Supervisor until retirement from the United States Air Force. He served his country for 20 years retiring on February 28, 1981. His leadership and training acumen, landed him to serve as a Financial Analyst and later the Lead Financial Disbursement Manager at Fort Huachuca for over 20 years. Throughout his life, he possessed a notoriety for Mathematics, Accounting, and Business Operations.

During his last several years of serving in the military at Davis-Monthan Air Force Base, he was blessed to attend and serve in the Gospel Service. On Sunday April 15, 1973, Deacon Brown, others and the Late Rev. I.C. Green of Grace Temple pioneered the Air Force’s 3rd oldest Gospel Service. The total attendance for this first gospel service was approximately 100 curious attendees. Deacon Brown’s faithfulness and dedication for such a historic service has yielded fruit by God’s grace throughout the decades. His leadership and advisement to many lead chaplains has preserved the life and legacy of the worship experiences of many. His gift of advisement has tremendously impacted a host of local Pastors, worship service Chaplains, Deacons, and many other ministry leaders in the Tucson community will be greatly missed.

Deacon Brown possessed a spirit of excellence in organization and preserving of history. Throughout his military career, he was lauded by officials in high ranked leadership positions for this. He prided himself in the preservation of history and legacy for his family, friends, and all who would learn of his contributions to the military, civil service, and the church. He possessed a jovial and friendly spirit with an infectious laugh that would bring strength to many. He was known to have never met a stranger.

Share Your Memory of
Clarence
Upload Your Memory View All Memories
Be the first to upload a memory!
Share A Memory