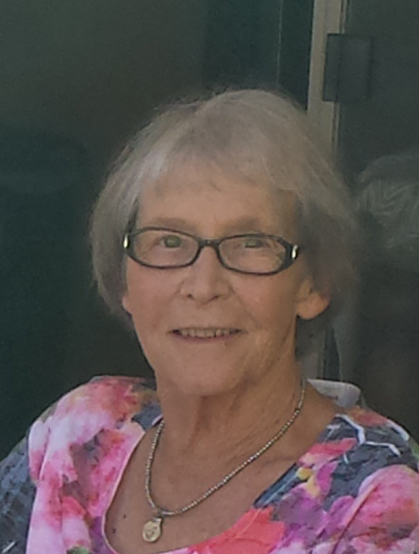 Geraldine Ann Armstrong, 87, passed away peacefully in Tucson, Arizona on February 3, 2022, surrounded by her three daughters.
Jerry was born in Sioux City, Iowa and grew up in Chadron, Nebraska, graduating from Chadron State College with a degree in Education. It was there she met her husband of 52 years, Robert J. Armstrong. After graduation, they married and moved to Carson City, Nevada, and she taught in the public schools until their daughters, Kristi, Kathie and Karen were born. In 1965 they moved to Tucson, Arizona, where Jerry obtained her Masters Degree in Education (1970) from the University of Arizona, while raising her family and volunteering for a wide variety of organizations. Jerry was a devoted wife, mother, grandmother and great-grandmother, whose lifelong passion was children. She loved nothing more than teaching a child to read and in 1975 she returned to the classroom to teach. Soon it became clear that to realize her vision of education for the children of Tucson she would need to be in charge. So in 1982, she established her own private school. It was an audacious move, which began with a class of six kindergarten girls whose parents entrusted their education to a woman with
a dream. Twenty years later, Armstrong Academy had educated hundreds of children, from Kindergarten through 8th Grade. If one’s legacy is measured in lives touched, Jerry’s legacy is one for the ages. The family is grateful for all who have reached out with stories of how their children were impacted by Jerry’s work. Please know that you
all meant just as much to her. The family would like to extend their sincerest thanks to the staff at Park Senior Villas for the loving care they gave her in her final years as her memories slowly faded away,
and to Aria Hospice staff for helping ease her final journey. Jerry is survived by her children, Kristine (Robert) Woodworth, Kathleen (Ken) O’Hanian and Karen (Ray) Foote, eight grandchildren and three great-grandchildren. She was preceded in death by her parents, Herman and Doris Hirchert, her brother Bill and her sister Jan (Robert) Shaw. A celebration of life will be held on Sunday, April 3, at 10:00 a.m. on the patio at Arizona National Golf Club. The family invites all who attend to join us in wearing pink, her favorite color. In lieu of flowers, please consider a donation in her name to the Ross O.
Armstrong Family Scholarship at the Chadron State Foundation , or to your favorite educational charity.

To send flowers to the family or plant a tree in memory of Geraldine Armstrong, please visit Tribute Store

Share Your Memory of
Geraldine
Upload Your Memory View All Memories
Be the first to upload a memory!
Share A Memory
Send Flowers
Plant a Tree