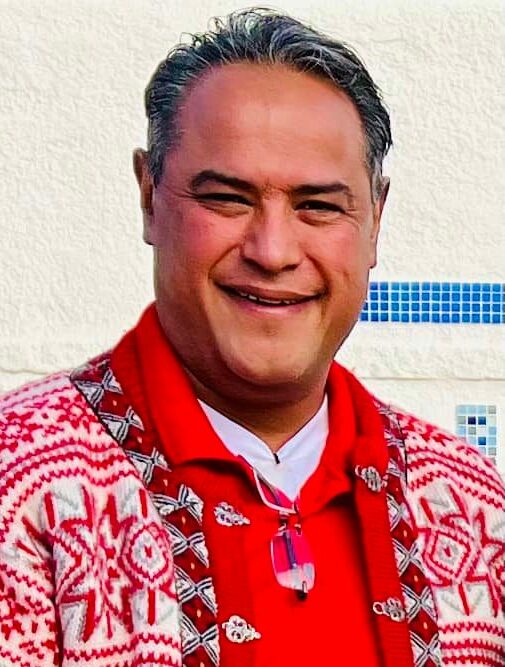 Rafael (known as David) was a graduate of Santa Rita H.S. After graduation, David traveled in Cast E87 in Up with People. He made lifelong friends and memories and continued to work for UWP for three more years. Through his involvement in UWP, he met his wife, Kerry, of 27 years (Cast A88). That was the beginning of a lifelong adventure in love and curiosity. David graduated from UA with a degree in education, he later taught at Naylor and Maxwell. After several years of teaching, he obtained his Master’s in Educational Leadership at NAU. David used his degree to serve as an administrator at Palo Verde, Cholla, Rincon, Secrist and finally Pueblo, where he gave that community everything he had until the day he passed. He knew kids needed to be in school and he made the ultimate sacrifice, proving himself a true Pueblo Warrior (the school's mascot).

David devoted his life to education—the above accomplishments totaling 25 years of service in TUSD. He was a dedicated employee and a caring colleague. His motto, borrowed from Stephen Covey, was “seek first to understand, then to be understood.” He was most proud of the Pueblo College Prep Academy he helped establish three years ago, which seeks to provide a challenging education opportunity for students who seek a more rigorous academic experience and intensive college preparation.

At home David was an incredible father to Katie (Doug Tortorici), Michael, and Sarah. He was a kind sibling to his brothers Danny (Terri) and Jesus (Tomy). His guidance pushed each to be their best. He enjoyed camping, fishing, traveling, golfing, and playing all kinds of games. Although he left too soon, he modeled what it means to be a good man, a loving husband, and a hard worker.

Despite following every coronavirus precaution, Dave had compromised immunity and succumbed to the virus. His family and friends loved him deeply and he reciprocated that love unconditionally. He led by example, becoming a friend to everyone he met. He always looked for beauty in everything and the best in people, which enabled his departure from this world with no regrets or unsettled scores. Dave will be greeted with open arms by his parents, Bertha and Rafael, who preceded him in death. He is survived by his devoted wife, adoring children, and siblings.

If you knew Dave, you saw love in action. All the adjectives and descriptors in the world do not do justice to his unabashed loving nature. In lieu of flowers, donations can be made to the Pueblo College Prep Academy in David’s name(https://az-tucson.intouchreceipting.com/signin) or to the Leukemia & Lymphoma Society.

Share Your Memory of
R.
Upload Your Memory View All Memories
Be the first to upload a memory!
Share A Memory