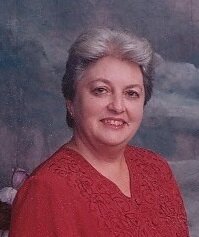 She was married to Carmine Chester in 1963. They lived in Port Washington, New York before they moved their family in 1978 to Tucson, Arizona.  Anita is proceeded in death by her son, Kenneth Chester.  Anita is survived by husband, Carmine Chester, daughters Renée Chester and Robin Killen of Tucson, AZ and brother, Robert Cyr of Patchogue, New York.

Anita graduated from Paul D. Schreiber High School, in 1960 in Port Washington,  New York. Although she didn't go on to college she believed in life long learning.  Right out of high school she worked for the Naval Device Center with top level clearance.  She worked in various other career paths such as the Tucson Unified School District #1 and Pyramid Federal Credit Union where she established their Visa program.

Anita continued her amazing commitment to life long learning through her interests in completing daily crossword puzzles, playing Scrabble when she had a willing opponent, designing and sewing clothes, needlepoint, cooking, baking and gardening as well as reading biographies, histories and mystery novels.

Anita Chester is best described as Devoted.  She was devoted to her faith, to her family and her friends. She is fondly thought of as "little flower" by her family because she took her confirmation name from Sai

Share Your Memory of
Anita
Upload Your Memory View All Memories
Be the first to upload a memory!
Share A Memory