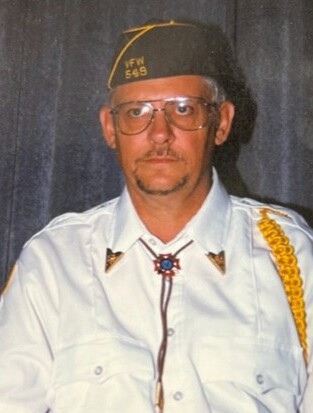 In Memory of Eugene Adams, Jr. born in Lancaster, Pennsylvania on August 9, 1948 to Arlene and Eugene Adams, Sr. Eugene passed peacefully on January 21, 2022 in Tucson, Arizona at the age of 73.

He moved to Tucson, Arizona on 1981 and was stationed at Davis Monthan Air Force Base.  He was a veteran of the Vietnam War and served in the Air Force for 25 years.  He was an administrative Superintendent of Logistics.

He was a member of the VFW549, where he also served as a post commander and Quarter Master.

He liked to travel with his wife Shirley Adams, to see family and to visit Emerald Cove in California and take their camper to enjoy the river.  He loved bowling, traveling with he oldest son on semi truck whenever possible.  His family was very important to him and would attend many birthdays and holiday gatherings with his loved ones.

A visitation will be held at Bring's Broadway Chapel in Tucson, Arizona.  It will be between 4-7 pm on February 1, 2022.  Burial will be done at a later time and his remians will be placed at the Arizona Veterans' Memorial Cemetery, Marana, Arizona.

To send flowers to the family or plant a tree in memory of Eugene Adams, Jr., please visit Tribute Store
Tuesday
1
February

Share Your Memory of
Eugene
Upload Your Memory View All Memories
Be the first to upload a memory!
Share A Memory
Send Flowers
Plant a Tree