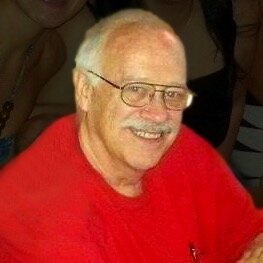 Douglas Lee Gust transitioned from this life on January 23, 2022 surrounded by his loving and dedicated daughters.

Douglas or “Doug” was born on June 1, 1939 to Harold and Lucille Gust, in Madison, Wisconsin where he spent his youth. He joined the United States Army and served his country from 1962 to 1964. He later served his country as a military contractor during the Vietnam War.He continued his engineering career in various locations across the globe, settling in Tucson upon his retirement in 2001.

Doug is survived by his sisters; Patricia Kreis (Tom) and LuAnn Defever (Bob) and two daughters; Darunee Armenta (Gabriel) and Andrea Seaton (Gerald). Doug was a dedicated grandfather affectionately known as “Boppa” to his 9 grandchildren. He leaves behind a host of nieces and nephews and great friends that he made throughout his life. A modest service will be held on February 19, 2022 at Bring’s Broadway Chapel.

Share Your Memory of
Douglas
Upload Your Memory View All Memories
Be the first to upload a memory!
Share A Memory