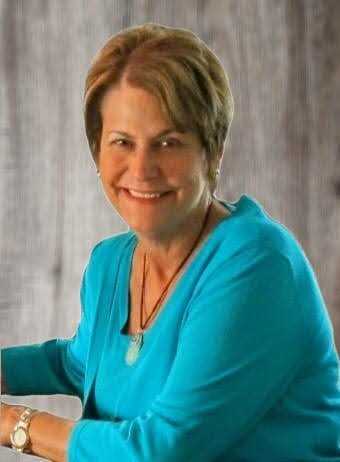 Obituary of Randee I. Mur Dickey

Randee came into the world on February 14, 1949. It was fitting that she was born on Valentine’s Day, considering all the love and care she gave throughout her almost-73 years, to family, friends, and others who came into her orbit.

Her beloved parents, Albert and Florence Mur, relocated the family from Pennsylvania to Tucson, AZ in 1960. Randee and her younger sister, Leslie, were also blessed to have their much loved grandmother, Sarah Rubenstein, living with them.

Randee attended Doolan Junior High and graduated from Rincon High School in 1966. She attended the University of Arizona, where she earned her BA in 1970, and M.Ed in 1972. She taught at Cholla High School for 10 years.

In 1982, Randee accepted an opportunity with IBM Corporation to join their Human Resources organization, at their Tucson-based product development lab and manufacturing facility. Several years later, she met her future life partner, Larry Dickey; they were married in Tucson, on June 15, 1990. They transferred with IBM to the Washington, DC area, and made their home first in Bethesda, and later in Gaithersburg, MD. When Randee’s division was acquired by Lockheed Martin, she continued her successful leadership career there, until her retirement in 2010.

While Randee had loved her time in the DC area, she was ecstatic to return to her family and friends in Tucson. She made her home there with Larry for the next 11 years, where she enjoyed walking in the desert, cooking, gardening, and cultural activities. She also greatly enjoyed her continued travels with Larry across the US, Europe, Central America, and South America.

In ‘retirement,’ Randee brought her energy and passion to several causes and organizations as a volunteer. Her most fulfilling work was with Tucson Unified School District’s Reading Seed Program. With compassion, creativity, determination, and joy, she helped countless children improve their vocabulary and reading skills – and in turn, their self-confidence and pride.

With grace and courage, Randee battled a rare and deadly form of cancer, Pseudomyxoma Peritonei (PMP), starting at age 32. After receiving treatments for several recurrences, she went into remission for 14 years, albeit with permanent complications from her extensive surgeries. Randee adapted, and didn’t allow the complications to prevent her from living a full and active life.

Sadly, the cancer returned in late 2019. Despite the risks of another major surgery, Randee made the decision to proceed. The complications took a much greater toll on her body this time, but her optimism and will to live remained strong. She was determined to last at least until the birth of her grandniece, Mia Faye, in January 2021. Randee survived another year, during which she took delight in getting to know Mia. She was so grateful for that, as she was for the extra time she had with her husband and family.

Randee joined the ranks of the angels on January 25, 2022. She may have left us a few weeks shy of Valentine’s Day, but her spirit of love and kindness will stay with us. Randee will be missed by her loving husband, Larry; daughter, Janet Mellinger (Brad); sister, Leslie Tinker; nephew, Chas Tinker (Lauren); grandniece, Mia Faye Tinker; grandchildren: David Chambers, Brad Haymaker (Shana), Taylor Haymaker (Brittany), and Levi Haymaker (Chelsea) ; many cousins, and countless friends. She was predeceased by her brother-in-law, Roger Tinker.

Arrangements are being handled by Bring’s Broadway Chapel. A celebration of life will be scheduled at the convenience of the family. For those who wish, donations can be made in Randee’s honor to any of the following:

Share Your Memory of
Randee
Upload Your Memory View All Memories
Be the first to upload a memory!
Share A Memory