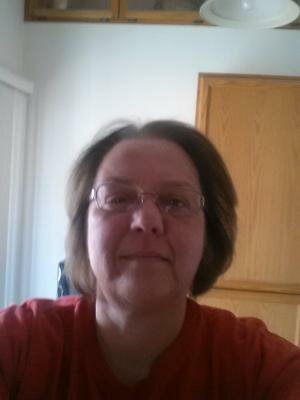 Obituary of Cynthia A. Lyon

She graduated from Jamestown High School in 1980. On July 9, 1983 she married her high school sweetheart Ronald Lyon Jr and have been married for 38 years. In October of 1994 they moved to Tucson AZ where she Managed a store for the employees at Learjet/Bombardier for 15 years and a homemaker

She enjoyed playing her games on the computer and tablet and listening to country music and her laughter could light up the room. She loved helping people whether it was just a talk or making sure they got what they needed and was always putting others before herself. Her biggest passion was helping and working with animals and that is why we have 3 dogs 4 cats and all the neighborhood strays. She was very involved in the animal rescue S.A.F.E (Saving Animals from Euthanasia). She did the TNR for stray cats which she would trap them, take them to be spayed or neutered and returned to the area. She had a heart of gold and will be missed by all the people’s lives she touched.

Cindy was preceded in death by her Dad Gary A Johnson Sr. and both Maternal and Fraternal grandparents and a cousin.

She is survived by her Husband of 38 years Ronald Lyon Jr., Mother Rosmarie Johnson, @ Brothers Gary Johnson Jr of Washington and Brian Johnson (Donald Cline) of Tucson, an Uncle, Joe Giordano (Sandy) of Sugar grove and a Cousin Carolee (Tim) Kinander of Sugar Grove and several nieces and nephews.

In lieu of flowers please make a donation to S.A.F.E (Saving Animals From Euthanasia)

Share Your Memory of
Cynthia
Upload Your Memory View All Memories
Be the first to upload a memory!
Share A Memory