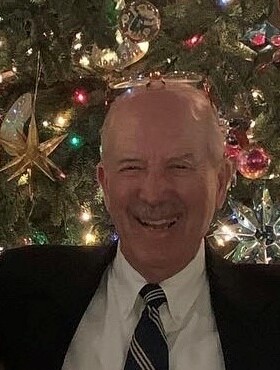 Samuel Stratton Felker, 81, peacefully left his earthly home for his heavenly home on December 6. He passed away from complications from cancer. He was diagnosed this August. Sam was born May 27, 1940 to Samuel Alfred Felker and Helen Stratton Felker in Portland, Oregon. Sam graduated from Clover Park High School in 1958 and played football at Wenatchee Valley College then went on to the University of Puget Sound. Sam worked for Kaiser Aluminum, retired from Premier Industries in 2000 and moved to Tucson, AZ to enjoy the weather.

He loved cars, especially fast German cars and spent several years in an encore career selling BMW’s and Porsches. Sam’s other love was golf. He played golf most days of the week and his last years were spent at his home course 49er’s. Our greatest memories will be of hearing stories from Sam whether from his childhood, youth or just his funny antics. He had a great sense of humor and could be feisty too.

Sam will be missed by many friends and family.

Share Your Memory of
Samuel
Upload Your Memory View All Memories
Be the first to upload a memory!
Share A Memory